Can't Buy a Thrill (But You Can Buy Dessert)

You can breathe easy, everyone. Loraine did NOT get attacked by an animal today.

You'd be surprised by the number of people who have sent us notes about Loraine's little contretemps with that peacock yesterday. Even our friend Oliver, when we met him this afternoon, brought up Loraine's run-ins with the birds the past two days. But there's no need to fear. I do believe Loraine and the animal kingdom have made peace-- 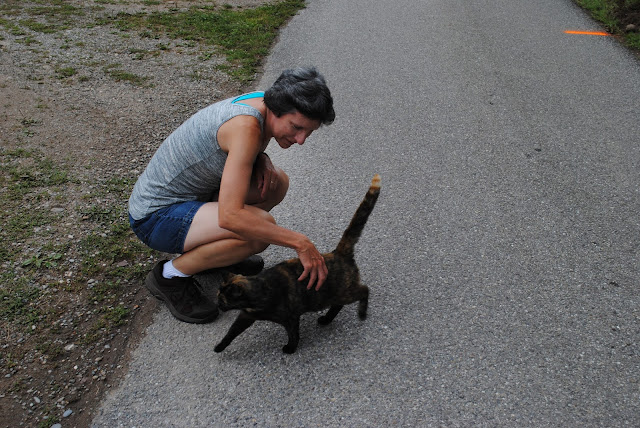 Greetings today from Colmar, France, where this is the view as I write this (8:30 local time, 2:30 back in Marquette)-- 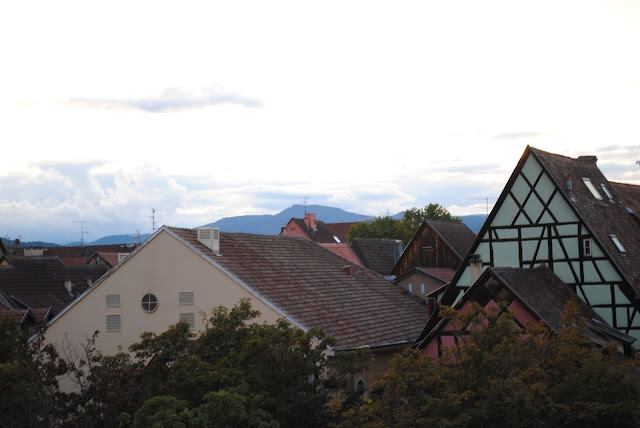 Those are the Vosges Mountains in the background, a mountain range we had a blast driving through today. And when I say blast, I really mean it. I rarely drive when at home, and these 10 days provide me with 90% of my driving time for the year, something that's made even better when you're winding up & down hills, trying not to let centrifugal force throw you off a switchback, and holding your breath as you're trying to pass a truck going up the mountainside at 10 kilometers per hours.

It was a blast. A slightly stressful blast at times, but a blast nonetheless.

We made a few stops today, the first in Domfaing, where Marquette's Donald Young was killed on his birthday, October 22nd, 1944, as his unit was attacking north through this area. The other stop was in Le Chene, where Republic's George Ritola, already wounded in action, was killed during German artillery shelling. When we were here three years ago, our friend Oliver put up a little memorial to George. We were amazed when we found it still attached to the tree.

After a quick stop for lunch and a hike around Bergheim, a lovely little medieval town where lovers stroll... 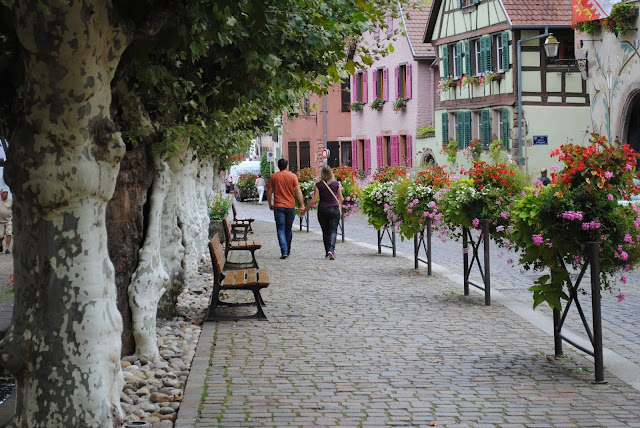 Chickens have an attitude-- 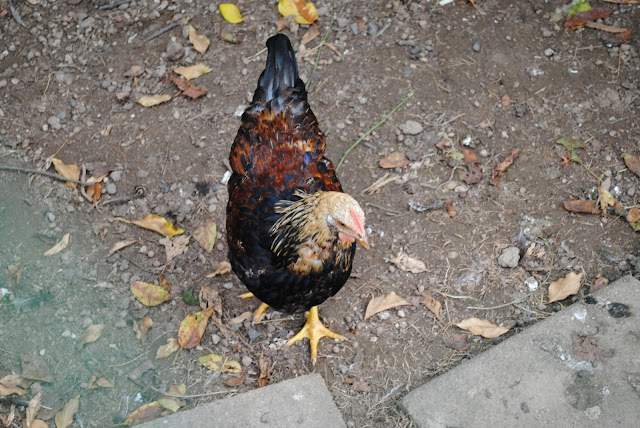 And the architecture is kind of on the wild side... 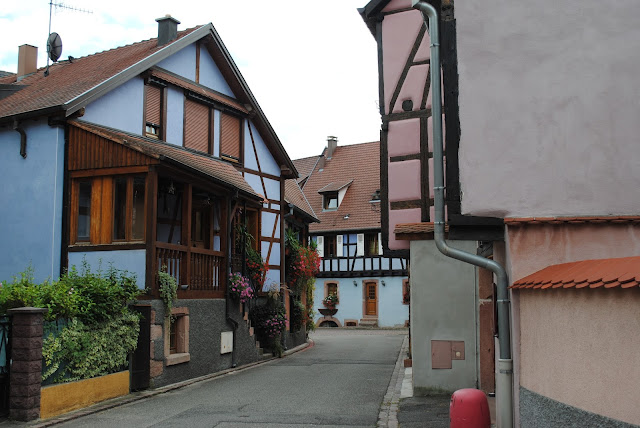 We made our way to tonight's stop in Colmar. Colmar's a cool place, with a huge old pedestrian historical center-- 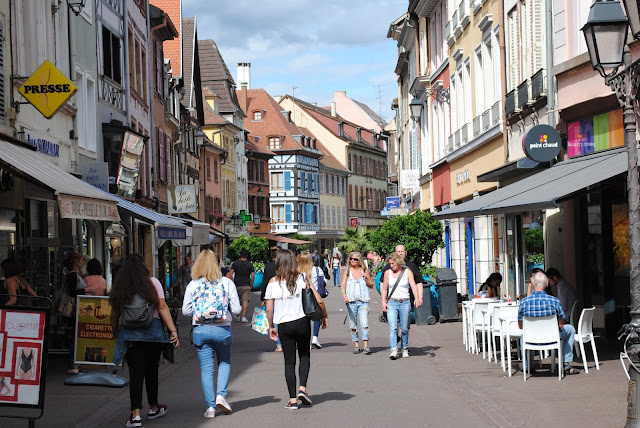 And some pretty weird architecture of its own-- 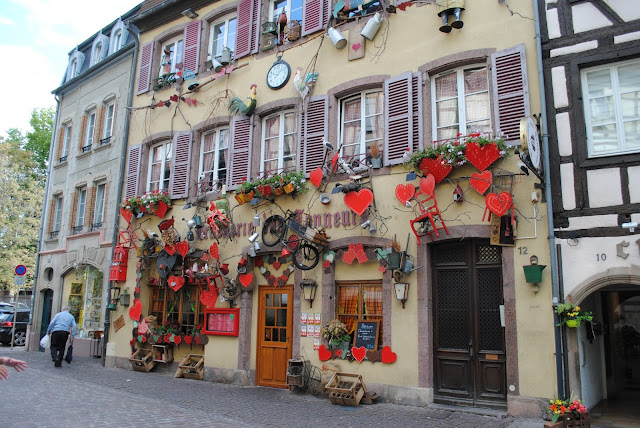 The old town is one reason we wanted to spend a night here, the other was to spend a little time with our friend Oliver Pernot. Say “hey” to Oliver, everyone-- 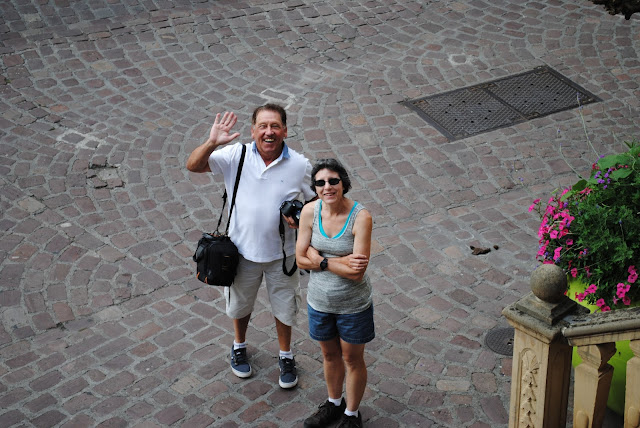 We met Oliver through Loraine's research; his mother used to tend the grave of an American soldier (after whom Oliver is named) and he helped us with a little ceremony put together to honor two Marquette County war casualties back in 2008. Since then, Oliver's also helped the family of Republic's George Ritola learn more about how their brother and uncle was killed, and has been just an all around fun guy to know.

So it was great to see you again, Oliver. Thanks for the chocolate and the desserts! 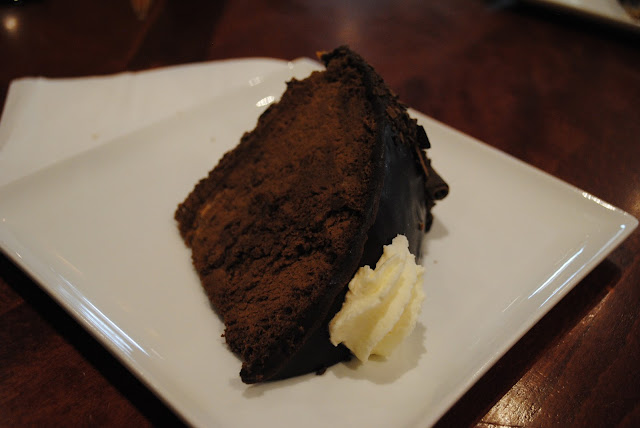 And my Tartelette Framboise-- 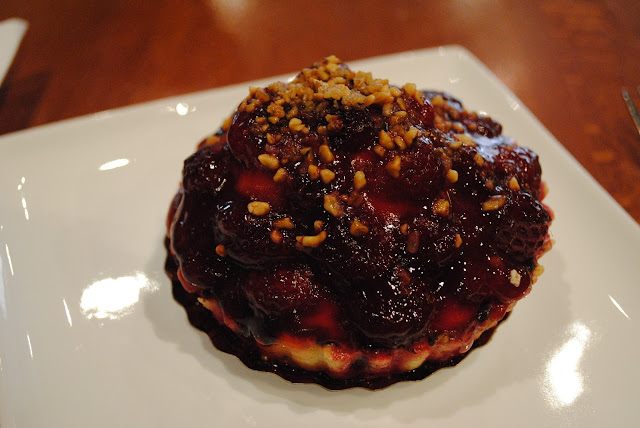 See Mom? We're still eating as well as we have been this trip.

One more story about Colmar you may find interesting. All along the cobblestone pedestrian streets you see little markers set in the stone, markers that look like these-- 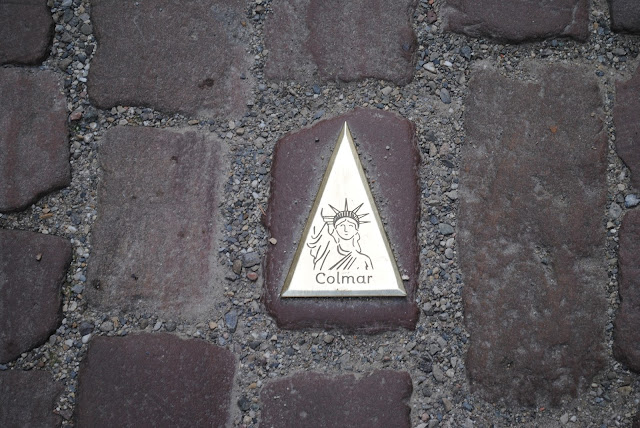 You also see a huge replica of the Statue of Liberty as you drive into town. Why, you ask? Well, I answer, the guy who designed the statue, Auguste Bertholdi, lived in Colmar, and even did some of the preliminary casting work on Lady Liberty right here. The people of Colmar are rightly proud of him, and on behalf of all Americans, we paid our thanks. He gave us one wicked statue.

Before we leave you, we can't forget today's animal picture-- 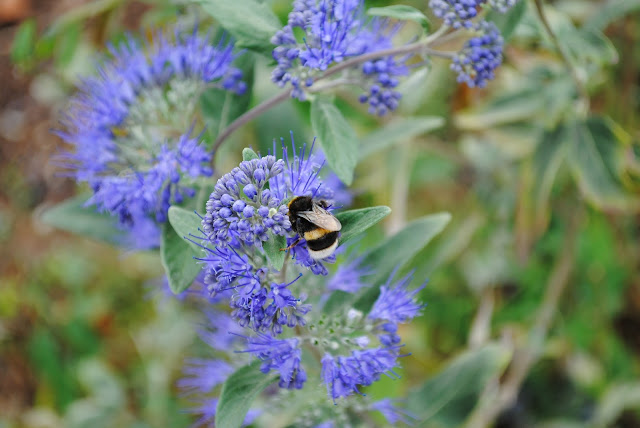 Or today's edition of “They Decorate Their Houses in Bergheim HOW?”-- 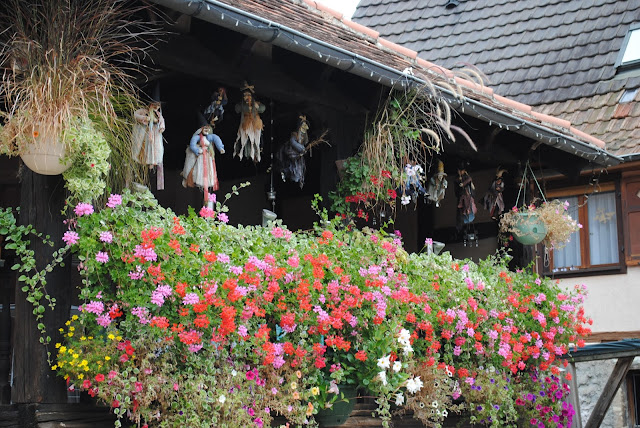 No, I'm not quite sure what to make of the front of that house. I just hope it doesn't keep me awake tonight.

Tomorrow, we leave French-speaking territory and spend the rest of the trip in Germany. And since neither of us speak a lick of German (although Loraine's doing her gosh-darned best to pick up a few phrases), that should be a treat.

So unless we somehow end up in jail, we'll be back tomorrow night from Freiburg.