Another year, another adventure. But at least this time, we’re not going alone!

As you can tell by the latest title of the blog page Loraine and I are heading back to Germany this year. This time, though, it’ll be a little different. It won’t be a research trip so much as it’ll be a vacation, and we’re bringing a cast of characters along with us, a cast where you’ve already met some of the members and a cast where other members come from a galaxy far, far away.

This is a trip that we’re taking with both sets of our parents, a trip very similar to the one we undertook way back in 2006 (before, apparently, trip blogging was invented). We’re going all throughout Southern Germany, Bavaria, and even into Austria, all in the capable hands of Tony the Tour Guide.

Big round of applause for Tony who, if you remember the last time we were in Germany, had to translate for Loraine during a news conference with the mayor of Weissenfels. I don’t think he’ll have to worry about that this time.

Anyway, aside from Tony, here’s your cast of characters, in a picture from that trip nine years ago— 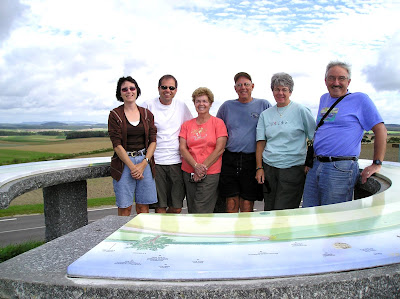 You know Loraine, and you know me. Next to me are my parents, Chicky-Poo and Dar (or, to those of you slightly more respectful than their oldest child, Chick & Darlene). They’re both retired after a career running several successful auto repair facilities. My mom has taken up water coloring (check out her work at www.darlenekoski.com), while my dad does whatever my mom tells him to do. Oh, and he’s a monster at pickle ball, too. Then on the far right-hand side of the picture are Loraine’s parents, Betsy & Floyd, who live downstate in a little place called Reese (sadly, not the home of the world famous peanut butter cup). They do a lot of traveling themselves; in fact, once we’re done with our trip in Germany they’re staying on to take a cruise through the Adriatic Sea.

So watch out, Zagreb!

Like I said, we’re also taking along two passengers from a galaxy far, far away. You may recognize them in their plastic form— 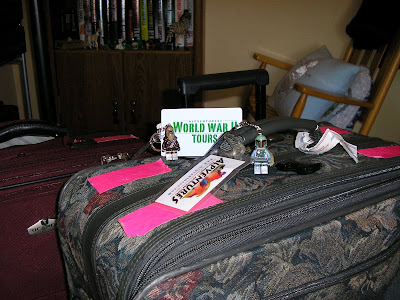 But they’re representing two members of Loraine’s family who’ve been going through some tough times recently. Boba Fett is the stand in for Loraine’s nephew Jeremy, a “Star Wars” fanatic who’s been waging a very good fight against a form of childhood leukemia the past year and a half. And Chewy? Well, he’s a stand-in for Loraine’s brother Joe, who unexpectedly lost his wife at the end of May. We figure that both of them deserve the chance to get away and deal with something other than the things with which they’ve been dealing, so we’ll be taking pictures of their stand-ins at some of the places we visit.

And where will we be visiting this time around? Well, the first part of the trip consists of seeing places we’ve never been before, and the second part going to places we’ve enjoyed in the past and now want to share with our parents (and Boba Fett and Chewy). We’ll start by flying into Frankfurt, where we’ll then spend the first few days of the trip tooling around the Black Forest, staying in places like Heidelberg and Tubingen. We’ll follow that up by driving through the Alps, seeing a few castles and a whole lot of mountains. We’ll then zig in to Austria, spending a day in Zell-am-See, before zagging back into Germany for a few days in this place— 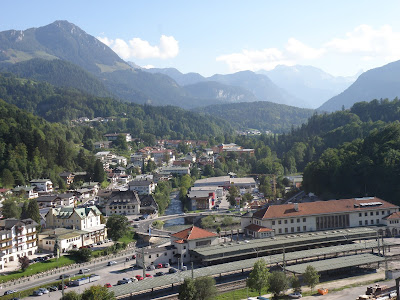 This, of course, is Berchtesgaden, home of amazing views, wonderful places to hike, the greatest Rewe store on the face of the Earth, and, well, Adolph Hitler’s summer getaway. But we won’t hold that against the place; after all, it’s become a large part of the tourist trade there. From Berchtesgaden we spend a day in Seebruck, which is on this lake— 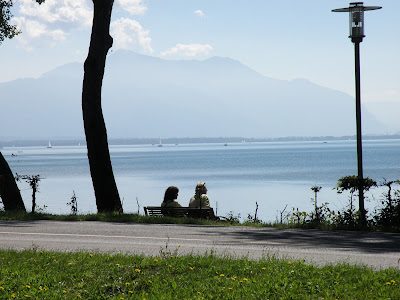 Lake Chiemsee, also known as “The Bavarian Sea”, before heading to Munich for a day or two in, among other places, The Englischer Garten. 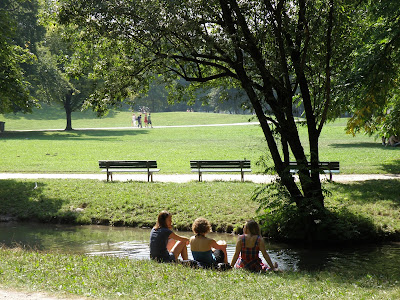 All this is before we and my parents fly back to the U.S., Loraine’s parents prepare for their invasion of Croatia and Bosnia, and Tony tries to recover from everything we’re bound to put him through.

Why are we going this time? Well, it’s Germany. It’s a chance to travel with Tony again. And it’s a chance to not only spend a lot of quality time with our parents, but to also show them some of our favorite places over there. And who knows—in the places we haven’t been yet, maybe we’ll discover a few new favorites!

The adventure starts September 2nd, so if you haven’t yet, make sure your virtual passport is up to date and ready to go. Because, after all, time (and tooling around Germany) waits for no one!

Posted by Jim & Loraine Explore Europe at 5:24 PM No comments: