A Soft Place to Fall

The hard part is trying to figure out where everything goes.

Greetings from the Paris suburb of Roissy-en-France, where we're ensconced for our final night. More on Roissy in a bit. First, though, we're trying to repack everything that we've been using and everything we've picked up during the past ten days. Some years, it's kind of easy. This year, while it's not as easy as some, it's still not a challenge. Prior planning on our part, combined with a bunch of stuff we brought with us that we knew we'd throw away after the last night, has left us with enough space and enough of a weight allowance. We just need to figure out what goes where again, like we did before we left.

Think of it as a strange game of Tetris, but with chocolate, cereal, and underwear instead of blocks.

We woke up in Bayeux this morning and went down to the market for one last time... 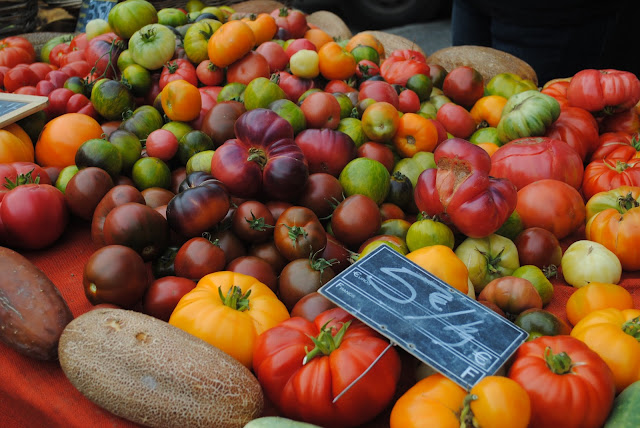 I had no idea there were that many colors of tomatoes on the planet. I'm glad Loraine pointed the shot out to me! The shivering piglet we saw last week wasn't anywhere insight, but the chickens say “hey”-- 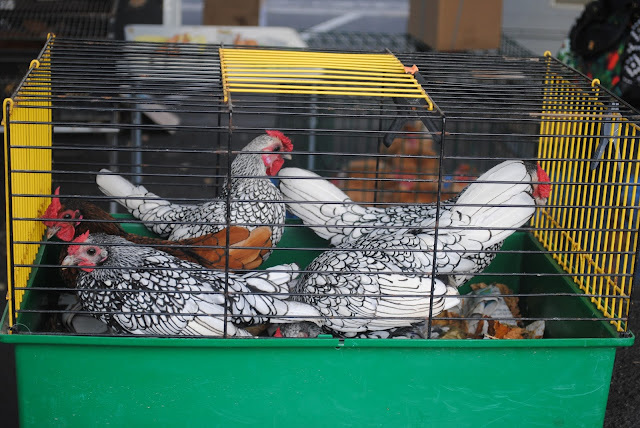 Of course, you shouldn't get too attached to them. They're probably on someone's dinner table even as I write this. 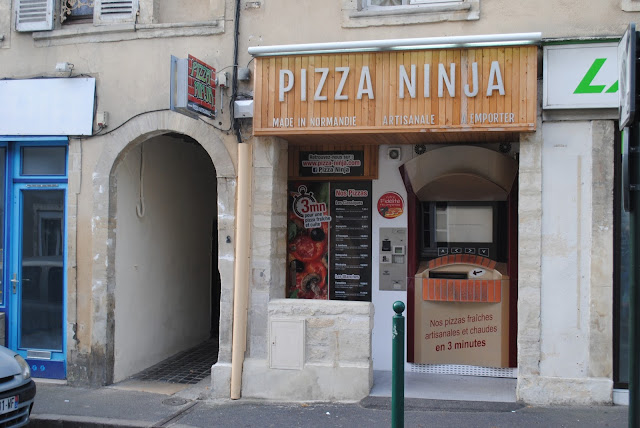 Well, I don't know if I'd call it a restaurant so much as I'd call it a pizza vending machine. And that's what it is—you stick your Euros in a slot, you choose what you want on it, and—voila--three minutes later (or so the machine says) you get an “artisinal and fresh” pizza. I almost tried it—after all, I was really curious—but it was only ten in the morning and we had to get going soon for our trip back to Paris. But if it wasn't for that, you would've had a Pizza Ninja review. Really, you would've.

We (sadly) left Bayeux and made the three-hour tour to Roissy, spending five minutes in a traffic slowdown near Caen and 15 or so minutes in a typical Parisian traffic jam. It always seems to happen in the same place, an area where eight lanes of different freeways converge into two or three lanes of a single freeway. Add into that the people always trying to cut through the line or gain a few seconds of an advantage (like a guy in a Lamborghini trying to switch lanes who almost ran into a guy with a rusty Renault) and you can always be assured that you'll spend some time getting to intimately know the license plate of the car ahead of you.

We made it to Roissy, a small town right on the outskirts of Charles de Gaulle airport, 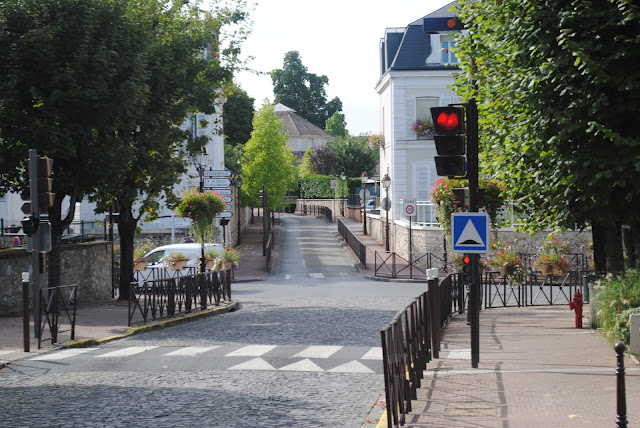 Roissy's the home of 5,000 hotels rooms and one really cool town park-- 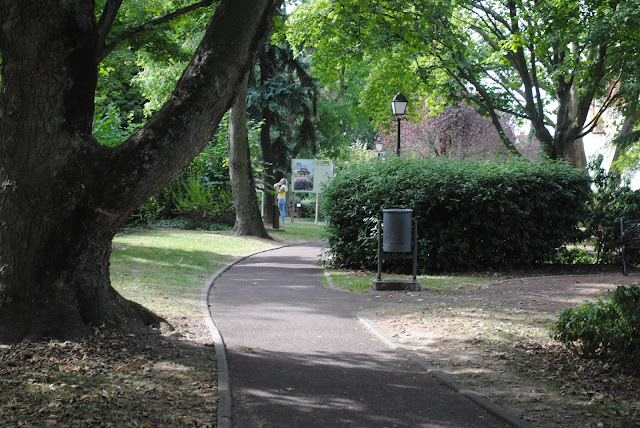 Every year Roissy puts up some kind of huge public art display in the park, so that people who are stuck here until their flight the next day (like us) have something to look at. This year, it's on “The Secrets of the D'Oise Valley”, the area in which Roissy is located. In fact, the picture on this sign is of a running path in Roissy, covered in cherry blossoms-- 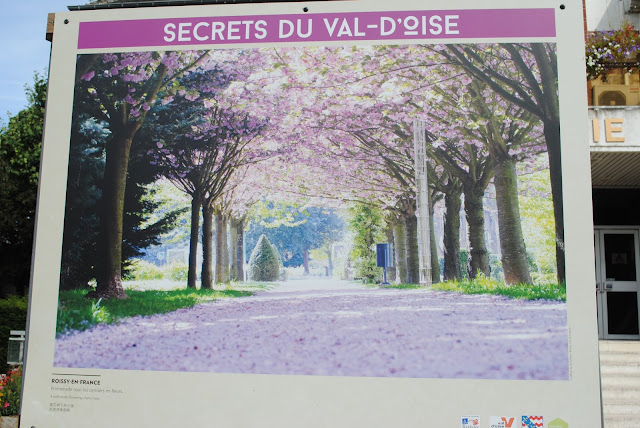 Roissy's a really neat place, one in which we always wander around before leaving for home. Loraine, in fact, calls it “Our soft place to fall”. We never seem to get to spend enough time here, which is a shame. But as a goodbye from Roissy, here's a flower-- 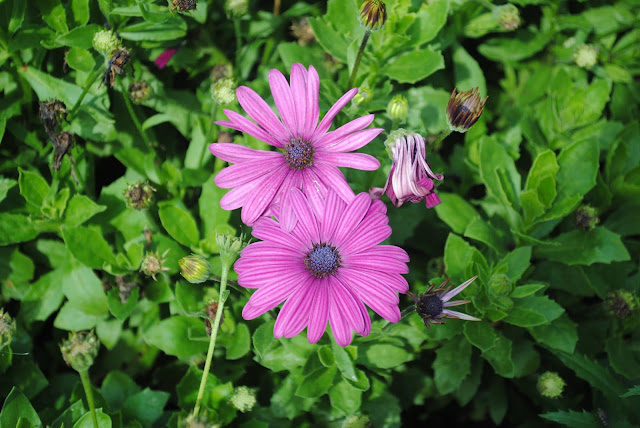 I'm gonna cut this a little short today, as we have to get up at 4:35 tomorrow to start our journey home. That means we wake up at 10:35 Saturday night Marquette time, and (hopefully) arrive at Sawyer 22 hours later. However, the Acer Notebook on which I've been writing all of these is fully charged, which means that I can use it the entire flight back to Chicago tomorrow, and post another one of these from O'Hare. And that's a good thing, because I have a ton of pictures left to post, and several stories to share, including (but not limited to) the Bayeux version of “Outback vs. Silverado”, more flowers, more weird signs, the continuation of a long-standing tradition, the shocking fact that Mr. Attard is no longer around, and the tale I promised several days ago about the greatest bromance in French morning television history.

So until somewhere tomorrow over the Atlantic...