You know you’re doing something that few people have ever done when you find yourself standing in a Normandy farm field, watching an 80-year old lady pick airplane parts out of the dirt.

That’s what Loraine and I did today.  In trying to find out some information on what happened to Marquette’s Royal Madden, a pilot who died when his P-38 crashed while returning from a mission, we found ourselves on the farm of Monsieur et Madame LeCaudy, who live outside of Trèvieres, a little town a couple of miles from the invasion beaches.  Through our friend Jean-Paul, we were able to meet the LeCaudy’s, and it was an amazing experience.  Monsieur LeCaudy actually witnessed Madden’s plane going down in one of his father’s farm fields on a foggy morning on August 18th, 1944.  And in the 66 years since the crash, he and his son, who now farms the land, have been finding bits and pieces of the wreckage underneath the land on which they make their living.

When we first arrived at the farm, we were greeted with warm hugs and an ample display of the stuff they’ve found over the years— 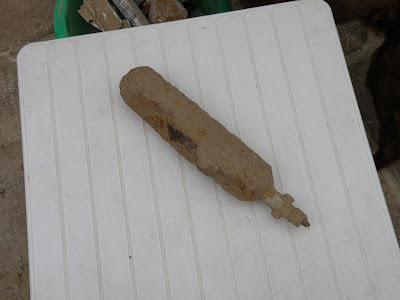 We were then entertained by an intense discussion between the LeCaudys and Jean Paul, all in French, I might add, regarding what happened the day of the crash.  It was fun watching Monsieur and Madame LeCaudy debate the happenings of that morning; she would “shush” him when she thought he was mistaken, and would roll her eyes at some of his tales.  I guess married couples are the same all over the world! 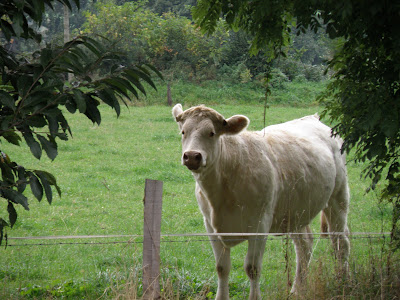 to the field were Roy Madden died 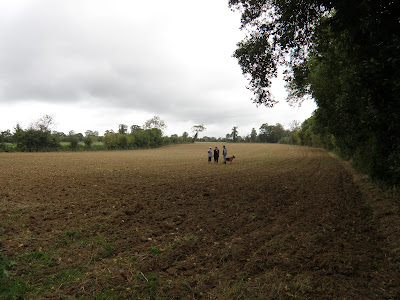 While Monsieur LeCaudy was telling us what happened, Madame LeCaudy was casually strolling through the freshly cultivated field, digging up a few new pieces that had been recently brought to the surface by the tractor. 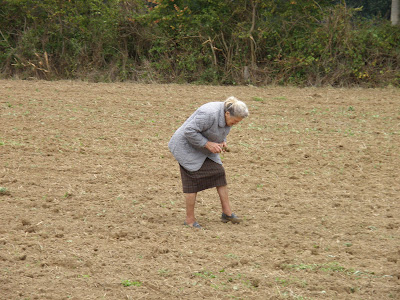 It was both an amazing and a surreal experience, especially when Madame LeCaudy gave Loraine a bag containing several pieces of metal that came from Madden’s P-38.  When you go on research trips like this, you never know what’s gonna happen or who you’re gonna run in to.  On this occasion, we certainly struck gold...or, to be more specific, we struck aircraft grade aluminum and the warm hearts of a very friendly and very caring French couple.

That was the highlight of the day; the rest of it was spent driving in the first gloomy weather we’ve seen since arriving (not a good day for taking pictures, sadly).  I shouldn’t be surprised—every single time we’ve planned on visiting the Normandy American Military Cemetery (you know, the one from “Saving Private Ryan”), it’s been rainy or windy or gloomy.  It was the latter two today, although that didn’t stop us from our appointed rounds, including visiting paratrooper Roy Chipman of Marquette 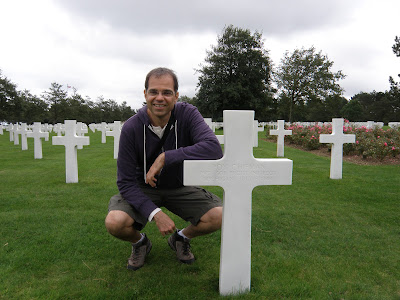 Loraine said a few of Roy’s relatives are following along with what we’re doing, so our greetings to them from Normandy.  I also don’t know if you guys have ever seen what Omaha Beach looks like these days (Omaha being the “Private Ryan” beach, where 3,000+ Americans were killed on June 6th, 1944), so here that is— 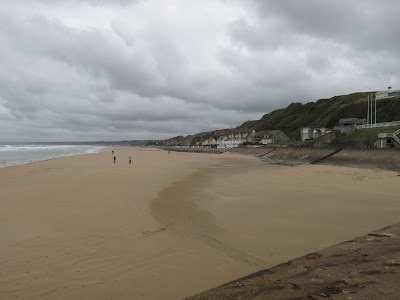 Sadly, tomorrow’s our last full day of doing what we’ve been doing for a week now.  But the weather looks to be better and we’re visiting a few places that promise more cool pictures, so keep your fingers crossed!

Now, on to a few other things.

In yesterday’s blog, I mentioned that Marquette and the French city of Fougères are quite similar, except that Fougères has a castle and Marquette doesn’t.  Well, someone (hi, Tyler!) left a comment saying that Marquette DOES have a castle of sorts, the last remaining building from the old brewery.  And in looking through my laptop, guess who has a picture of it? 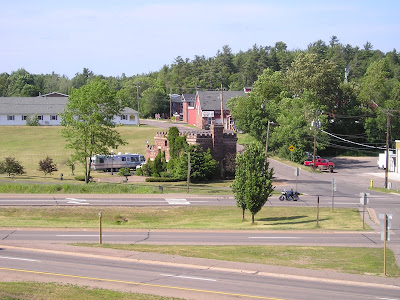 So I stand corrected.  Marquette and Fougères are more alike that I thought! 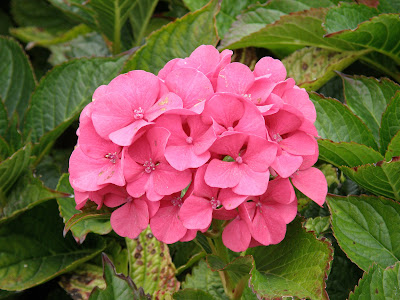 Apparently she got out of her hospital bed and walked for a few minutes, although it did hurt her to do so.  And she’s starting to get back to her normal self in other ways, giving my dad a list of chores to do that includes getting her some shoes with Velcro instead of laces, seeing as how she has a broken arm and can’t tie laces.

Finally, today’s the day that my favorite 12-year old in the world becomes my favorite 13-year old in the world!  My niece Mallory probably doesn’t realize this, but she’s been to Europe with me each and every time I’ve been here.  When she was four or five, she gave me a bookmark with her picture on it, and I’ve brought it with me every time.  I know that if she knew I still used it she’d probably look at me like I’m some kind of weird creature, but since I AM some kind of weird creature, here’s Mallory, on her 13th birthday but with a picture taken many years ago, on her fifth trip to Europe. 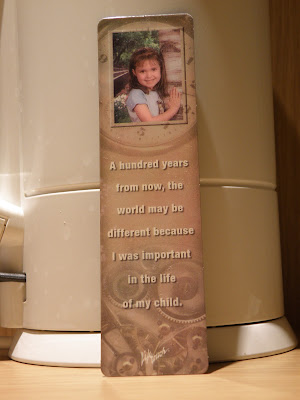 Happy Birthday, Mal.  Sorry I can’t be there, but hope you heard your voice mail from France!