10/9: Almost Everything But The Kitchen Sink!

Today was a VERY long day...but in a very good way!

I’m writing this a mere 12 or so hours after we started out this morning, a day that started with one of my favorites things about our trips over here, Market Day in Bayeux!  For those of you don’t know, Market Day is the day when farmers and merchants gather in the town square to sell their wares, everything from fresh fruit to flowers to Gene Simmons T-shirts. 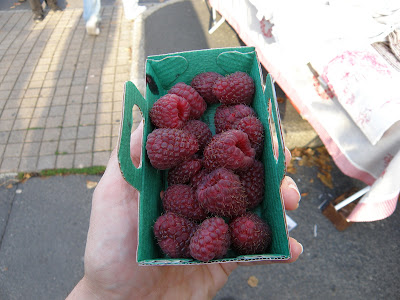 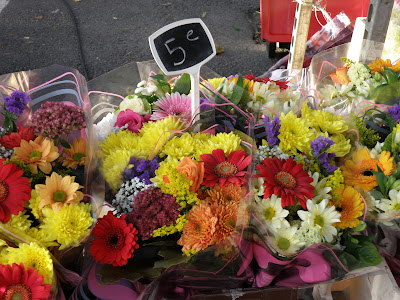 And the Gene Simmons T-shirt— 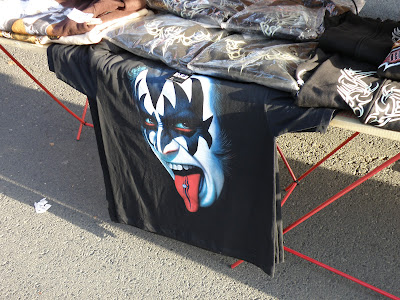 The raspberries were among the best I’ve ever eaten, the fresh flowers (the whole bunch) cost just a few bucks, and the Gene Simmons T-shirt; well, that explains itself, I guess.  But that’s what I love about Market Day—you can pick up a few snacks, have a few chuckles, and never know what you’re gonna see around the corner!

From there, it was a day of traveling.  One of our zillion stops was a little town we’ve not visited caller Periers.  It’s a French town about the size of Gwinn with one very typical aspect to it—the old church building being the center of everything.  Here’s Periers’ church building, with some dork in the foreground. 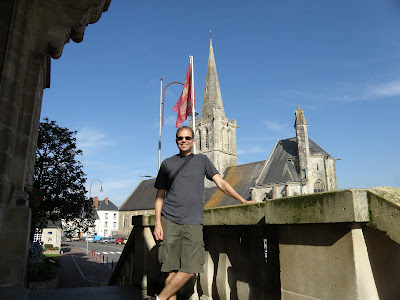 As always, we brought food with us and ate lunch on the run, although today’s lunch site was out of the ordinary.  We hiked to the top of Mont Castre! 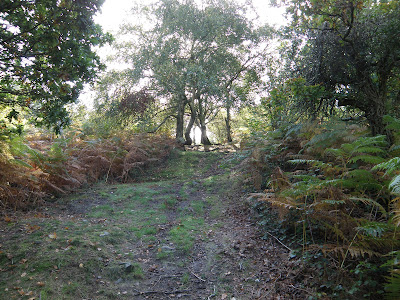 It’s not like Mont Castre’s a huge Alpine peak or anything; climbing up Sugarloaf is harder than going up Castre.  But a lot of people hike up & down the trails, and since it was the scene of a VERY bloody WWII battle, one that claimed the life of Donald Maki of Trenary back on July 12th, 1944.  Maki spent the last two years of his life away from Alger County serving in the military, so our little visit was our way of honoring his sacrifice, and maybe bringing a little piece of home to the site where we died.

After a few more stops, our final destination was the town of Ste. Mere Eglise, where we ended up making two stops to meet three people that eventually turned into a gathering of everyone, including my favorite WWII author, as well as our friend Thierry Ferey (at left), — 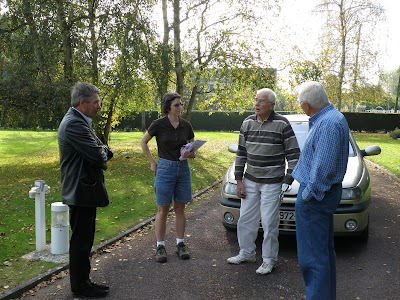 There, we were able to visit the location of the two temporary cemeteries where Americans were buried during the Normandy campaign.  One was the temporary resting ground of Waino Laitinen of Ishpeming, who died of wounds suffered while on a hill overlooking the town of La Haye De Puits on July.13th, 1944.  The other temporary cemetery held the body of Marquette paratrooper Arthur Lemieux, who was killed while trying to cross a field near Ste. Mere Eglise three days after D-Day.  Once the bodies of American soldiers were sent back home, the town wanted to do something nice with the area, so it’s now a recreation field, where a football match was being held while we were there— 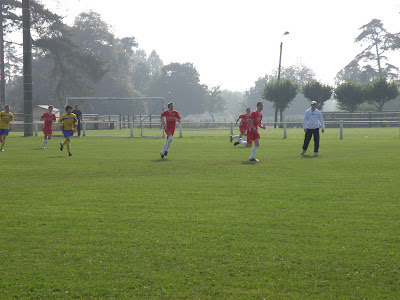 No, we didn’t stay long enough to find out who won.

Tomorrow it’s a travel day with one important stop—the town of Marolles les Braults, to find out more about a Negaunee guy killed in a tank battle 66 years ago.  Then we head on to our home for the next few nights—Ducey.

So until tomorrow from Ducey (assuming, of course, I can get an internet connection there). . .