The Days of Cows & Lederhosen

On one side of the border you can discover new treasures.  On the other, fond memories, sadly, prove to be just that.

Greetings from , tonight’s stop in this year’s version of The Amazing (Koski) Race.  Loraine and I had visited here four years ago and thought the area kind of laid-back and cool, and some place we’d like to show our parents.  I don’t know if we visited it before everyone else did, or if we just happened to visit on an atypical day, but the place has changed.  What used to be our kind of place is now crass, kitschy, and waaaaaaay too touristy.  Add to that the fact some of our hotel rooms weren’t exactly as promised, and, to put it honestly, we’re kind of disappointed.

But we’re in .  We got to visit a Spar grocery store.  And we just finished a five-course gourmet dinner.  So I’ll shut up about it!

The day started with visits to a few Olympic sites in GaPa, where we stayed last night.  Garmish-Partenkirchen hosted the 1936 Winter Olympics (giving Adolf Hitler the double play that year, because Berlin hosted the Summer Games, the ones where Jessie Owens embarrassed the crap out of him), and a few of the places constructed for the Games are still there, including the stadium hosting the opening and closing ceremonies and the ski jumping— 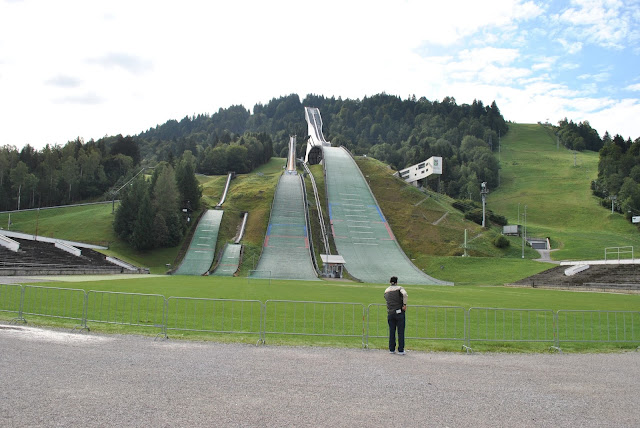 The ski jump, by the way, was built in 2007 to host a World Cup event.  Otherwise, everything is pretty much the way it was almost 80 years ago...Also renovated but still used?  The ice arena— 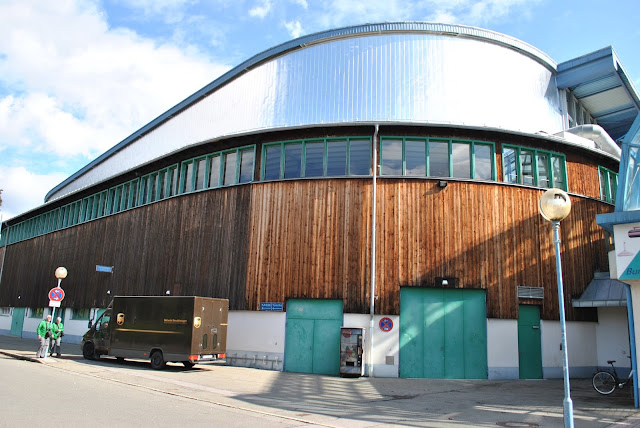 It’s home to GaPa’s hockey team, SC Riessersee Eishockey (“We Are True Blue!”, a promotional slogan written in English), which plays in Germany’s pro league, as well as serving as a training center for figure skaters and for curling teams (and, just as an aside, what do you call people who curl.  Curlers?  I wanna know!).  The hockey team has a mascot, and wouldn’t you know it?  That mascot is a cow! 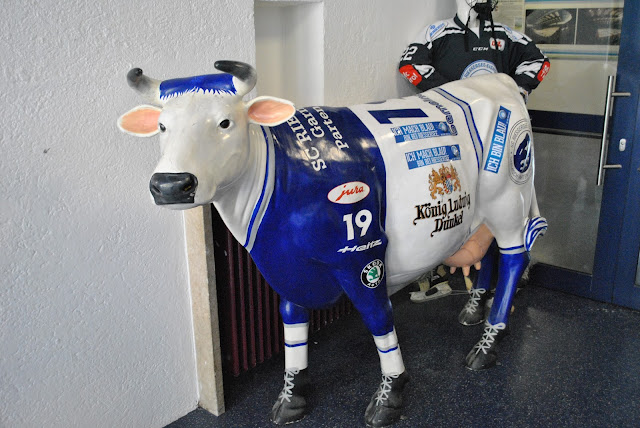 Those of you who’ve followed along on these trips know of my fondness for taking pictures of the animals.  And since this is a vacation, as opposed to a research trip where we’re often near farm fields containing the animals, the Eishockey cow may be the only chance I get to take a picture of one.

More about that in a bit. 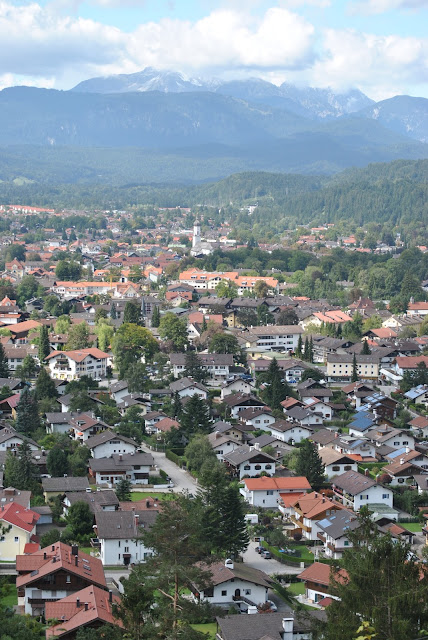 You didn’t only get good views of the city, but the ones of the surrounding mountains weren’t too shabby, either--- 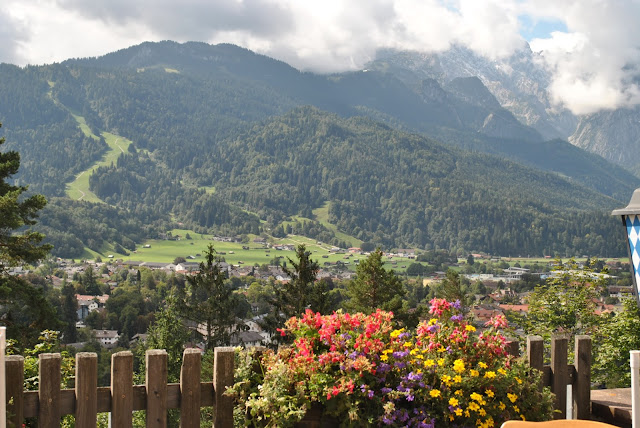 All in all, GaPa was a very cool place, one that we might like to visit again one day.  We then drove the three hours to Zell-Am-See, where, I must admit, we were greeted by at least one happy Austrian— 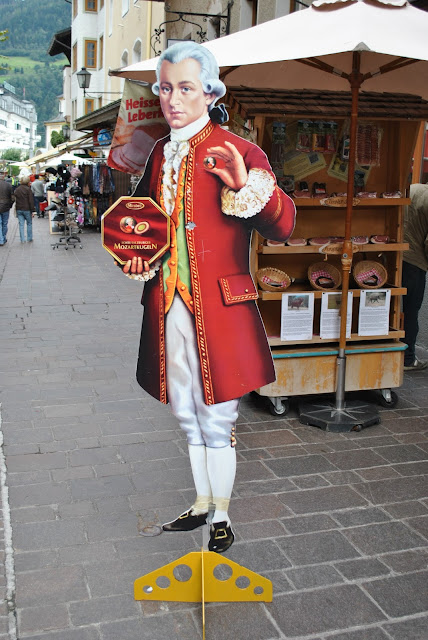 By the way, have I ever shared the story about Mozart Balls?  They’re this yummy chocolate ball with a marzipan center that’s popular around here.  They’re made by two companies, one in and one in .  The “real” Mozart balls, it is claimed, are made by a company in Bad Reichenhall, , a place we’ll be visiting in a few days.  The other balls are made near , just a few kilometers away from Bad Reichenhall and the birthplace of Mozart.  Everywhere we’ve seen Mozart Balls in , they come from the company in Bad Reichenhall.  Every place we’ve seen Mozart Balls here in ?  From the company in .

Forget the Hatfields and the McCoys, or Ford & Chevy, or the Packers & the Lions.  All of those are child’s play compared to the Great Mozart Ball Feud!

Finally, one more thing about cows.  When we were out walking around GaPa last night, we happened to see a calendar in a store window, and Loraine thought it might be a nice way to get around my not being able to take any cow pictures this trip.  So world, here’s my new 2016 calendar-- 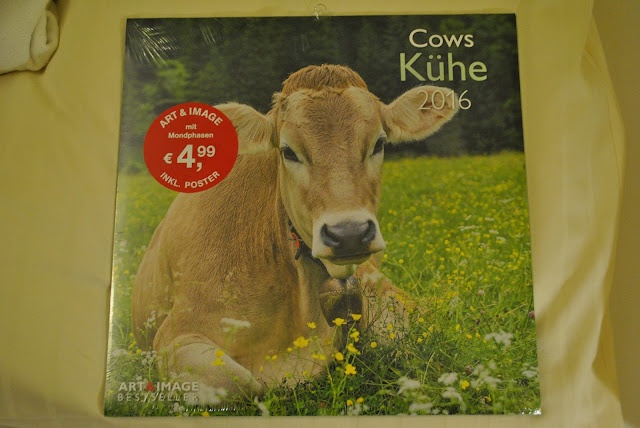 Hey—if I can’t go to the cows, at least the cows can come to me!

Tomorrow, we head back into for two nights in a place I know will not disappoint, if only because we’ve been there three times already.  , watch out.  We’re coming!