So A Guy Jumps Off A Mountain...

Now our parents know just exactly what we do when we’re over here.

Greetings again from , where we’ve wrapped up a very full day of doing stuff we’ve done before.  Yes, I know that sounds odd, but there are so many very cool things to do around here that we wanted our parents to experience them, and they did in one whirlwind of a day that saw us climb 6,000 feet in elevation, go back down, climb 4,000 in elevation, go back down, and then climb another 4,000 feet, just to go to dinner. 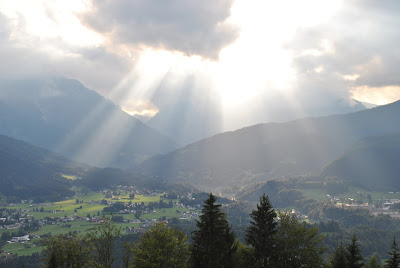 That’s from the Hochlenzer, perhaps my favorite restaurant in all of , home of the Hochlenzer Schnitzel and an apple strudel so good that you begin to see your existence as a human being in a whole new light. 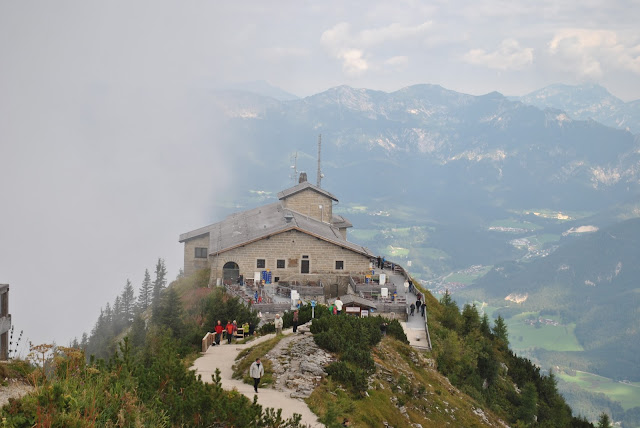 I don’t know why this weather is hanging on when it’s supposed to be nice out (and actually I do know why—thank you, mountains); all I can say is that we’re ready for some sun.  The fog and clouds did, however, make for some very interesting viewing from the top of the building, which most people think of as Adolf Hitler’s summer home but was in reality a place he went a whole 13 times in life, mostly to show off to foreign dignitaries.

From there, we took a ride on the Rossfeld Panoramastrasse, a road that goes up & down the mountains and looks like this— 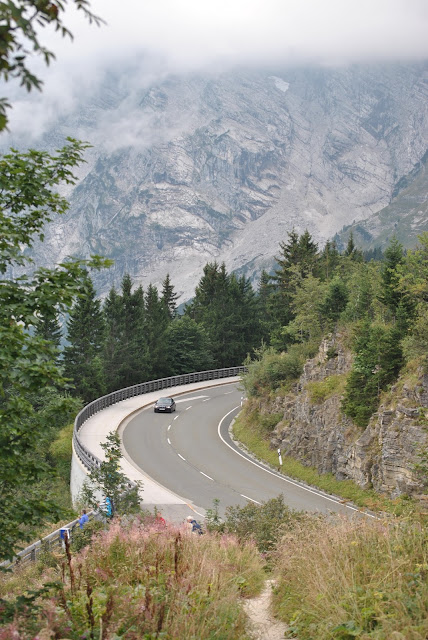 While there, we actually discovered that part of a chase scene from “Indiana Jones & the Last Crusade” was filled there.  So now we know which movie we’ll be watching when we get home.  Not only that, but while we were up there, we saw this— 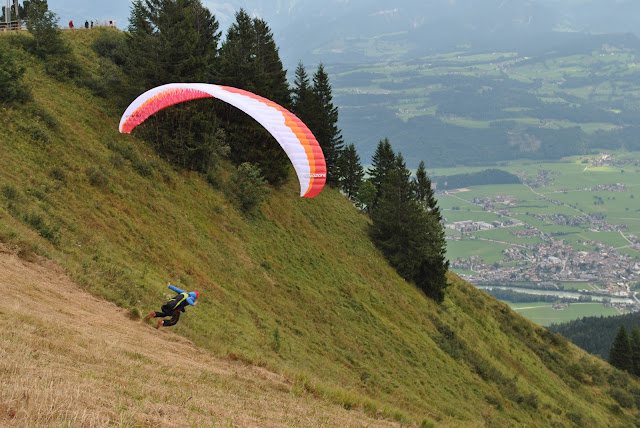 This is a dude and his paraglider taking off for the ride down into (the road, actually, occasionally acts as the border between and ).  Paragliders jump off the mountains around here all the time; in fact, everywhere you look in the air you’ll probably see one, especially on a nice day.  This, though, was the first time we were able to see one take off in person.  And trust me—it’s not every day you get to see a person jump off of a mountain (and live to tell about it!) 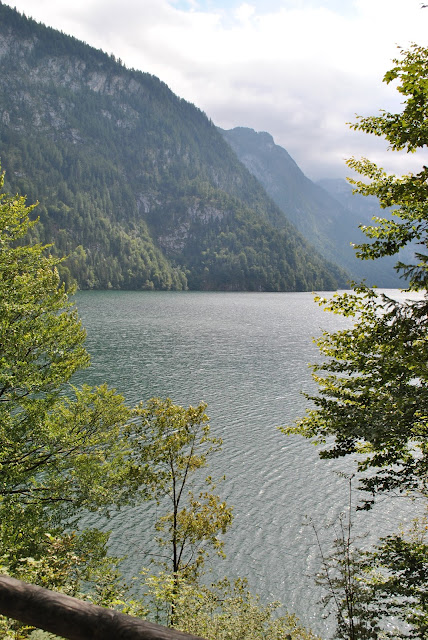 You know, I am kind of partial to the lake where I live, the lake I see everyday, .  But Konigssee?  I have to admit that’s not a bad place, either.  Then, finally, we stopped and took a few more pictures, this time in Ramsau— 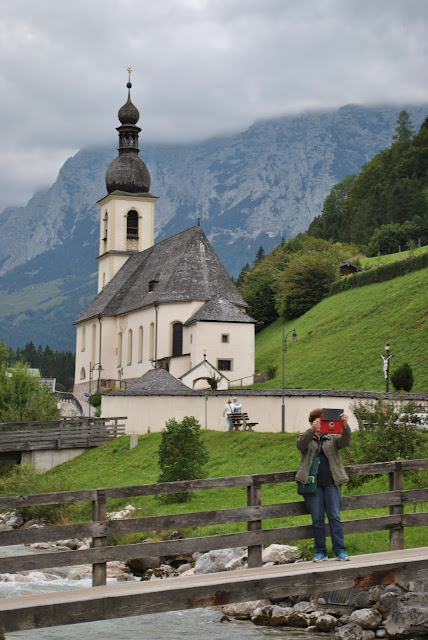 According to Tony the Tour Guide it’s the second most photographed church in , behind the cathedral in .  So if nothing else, I guess we’ve added to its overall total for this month.  Oh, and while there, I made a new friend— 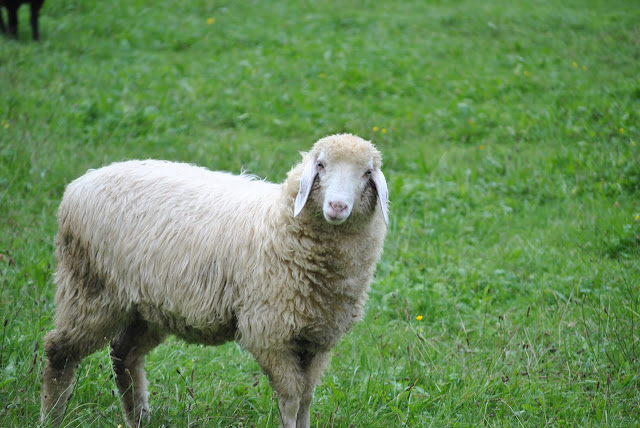 Finally, I do have to wish a happy anniversary to my favorite in-laws in the whole wide world! 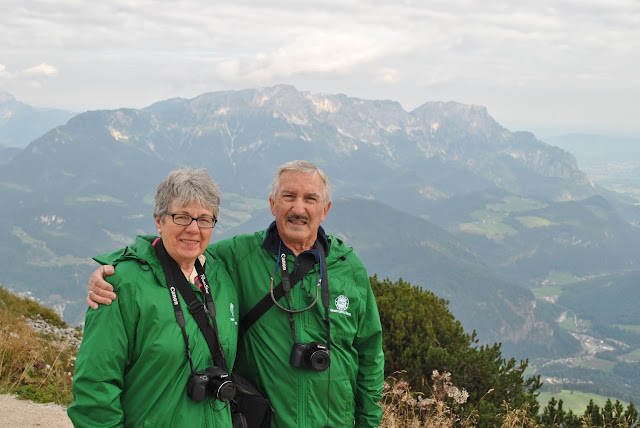 Floyd & Betsy were married 54 years ago today, and I wish them another 54 years of love & happiness!!

Tomorrow we leave the for (the promise of) sun and a really cool lake, a lake slightly different than the one we saw today.  Oh, and we may meet our old friend King Ludwig II again, as well.