It's A Good Thing I Don't Believe In Ghosts

We’re spending the night in the very same room where Adolf Hitler spent many nights.  I’m not quite sure how I feel about that.

Welcome from Lambach, one of the many picturesque towns on the shores of Chiemsee, the biggest lake in and the second biggest in all of .  One week after we landed in Frankfurt with no luggage we’re enjoying our evening with a great dinner, as well as one of the best cakes I’ve ever eaten, a cake made out of plums from a tree 20 feet away, all in a hotel that was also one of the favorites of the most infamous humans of the 20th century.

We’re in room 23, which was the room in which Hitler stayed whenever he stopped here on his way from to .  It’s actually a suite of rooms, even with a small kitchen, and really doesn’t seem that bad.  In fact, the bedroom looks kind of innocent, doesn’t it? 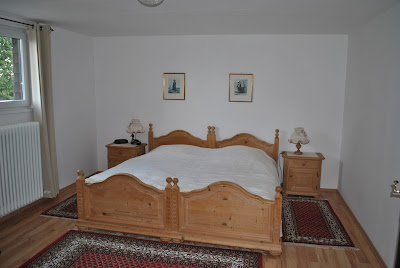 That’s where we’re sleeping tonight, the very same room in which Adolf Hitler also slept.  We’re not too worried, though.  After all, Tony the Tour Guide DID say they’ve changed the sheets since then.  But if for some reason you never see another blog from me; well, you’ll know why.

Otherwise, we had quite the day today.  For instance, I made a new friend! 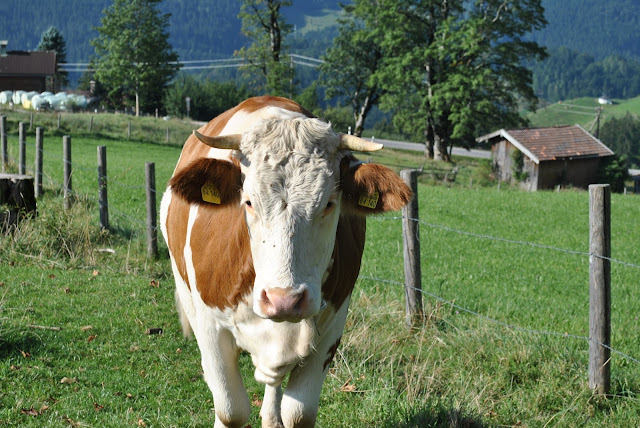 It was fun.  I mean, how often do you get to play around with cows.  And cows that are stopping traffic (in , to boot?

Actually, the reason we were able to play with the cows was because, just as we were leaving the , the weather FINALLY started to clear.  I have two things to say about that.  The first is something that’s unprintable in this blog, because children and old people may be reading.  The second is this, to the people of —

You’re welcome.  We seem to bring bad weather everywhere we go.  Now that we’ve left, you get to enjoy summer again.  Please don’t hold it against us. 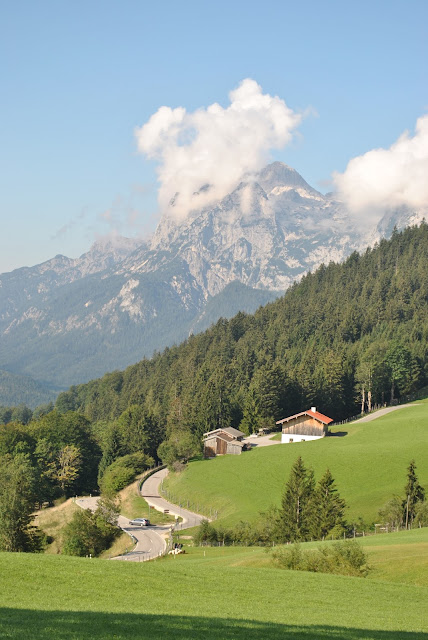 After the cows and the photo op, we made one stop before getting here to Lambach, and that was in Bad Reichenhall, home of one of the companies that makes Mozart Balls.  In fact, everywhere you look, you see stuff about Mozart Balls.  Don’t believe me?  Well, would you believe one very smart woman, two giant Mozart Balls, and a dork holding a bag of cake? 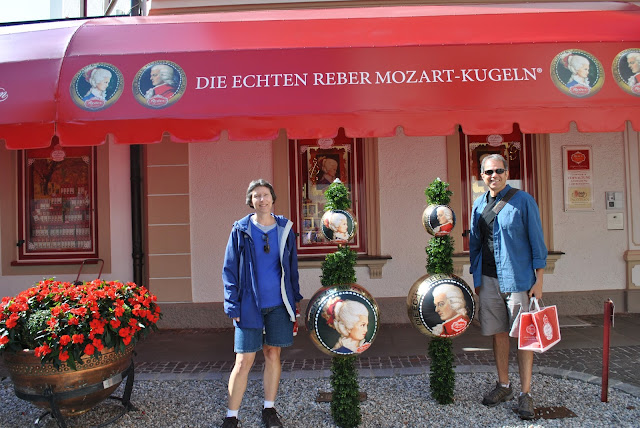 The balls, the smart woman, and the dork holding a bag of cake are actually standing right outside the Reber store, Reber being the German side of the German/Austrian battle over which company makes the “official” Mozart Ball.  However, Reber makes a whole lot more than just Mozart Balls, as evidenced by the King Ludwig chocolates Loraine purchased, as well as the cakes the dork had in the bag— 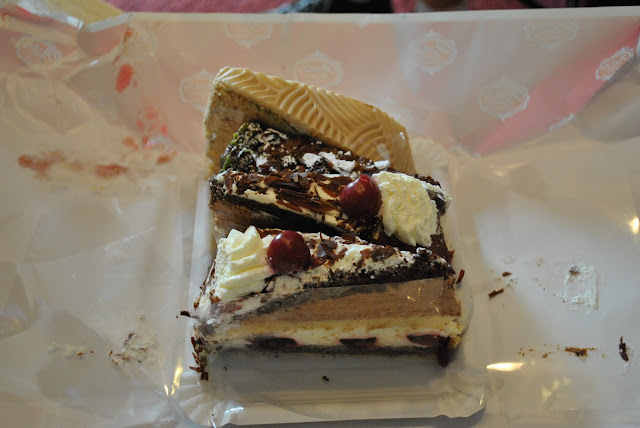 The slices you see in front, in fact, are pieces of the Schwarzwalderkirschtorte we’ve been trying to eat for almost a week now.  It’s funny; we actually didn’t get to go through the , and then also had to leave the , before we get to eat a piece of real genuine German Black Forest Cake.

Ah, the things we go through to get food straight from the source, right?

I really like the area in which we’re staying.  Our old friend King Ludwig II had a summer home on one the islands here, a place that was almost a mirror replica of .  And it also has a 90-kilometer long bike path ringing the entire lake, a path that’s open to walkers, bike riders, and, obviously, horses— 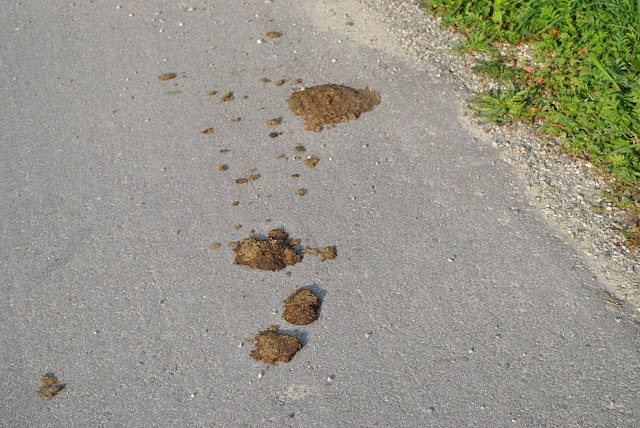 The other neat thing about it?  It’s lit the entire way around, so you can walk, bike, or dodge around piles of horse poop 24 hours a day.

With that classy thought, I suppose I’d better wrap it up for the night.  And I like I said, if you never hear from me again, it’s not your fault.  It’s the fault of our bedroom.  Wish us luck!