We Now Return to Our Regularly Scheduled Programming


I don’t think I like the way they do things now.

Greetings from Chicago, where we’ve arrived back in the U.S. safe, sound, and a little disappointed.  You see, we didn’t get our passports stamped when we came back in.  You now get your pictures taken at a little machine, give those pictures to the Customs agent who then stamps those and NOT your passport, and you give them to another Customs agent who take them from you, leaving you with no stamp on your passport.  I'd show you exactly what i mean, but you're not allowed to take pictures in that whole area.

But it's a bummer anyway..

We had a very uneventful flight from France, which is always a good thing.  And I was even able to enjoy almost half a flight without the person in front pf me slamming their seat back into my knees.  And when he did, he only lowered it half way or so, so I guess I won’t complain.

Or at least complain too much.

Now that another one of these trips is in the books, I’ll miss things like driving through three countries in three hours, and scooting along the Moselle River, the border between Luxembourg and Germany, with the river right—and I mean right—at eye level.  I’ll also miss having pain au chocolat—chocolate croissants—for breakfast every morning, even if my waistline might not.

I also think one of the things I’ll kind of miss is hearing all the different languages being spoken.  Not just French, but many different languages, including the most common—English.  It’s amazing; you can go into a hotel where the staff speaks French and a guest speaks, say, Italian, but they can still communicate by using the language that’s rapidly becoming the default language of the planet, English.

You learn a lot by traveling the world, and one of the things you learn is that the language you grew up with is one of the best gifts a traveler can ever have.

Before we sign off for this year, I have a couple of pictures I didn’t get the chance to use, so would you mind if I shared them now?  Here’s another of the grave of Palmer’s Theodore Swanson— 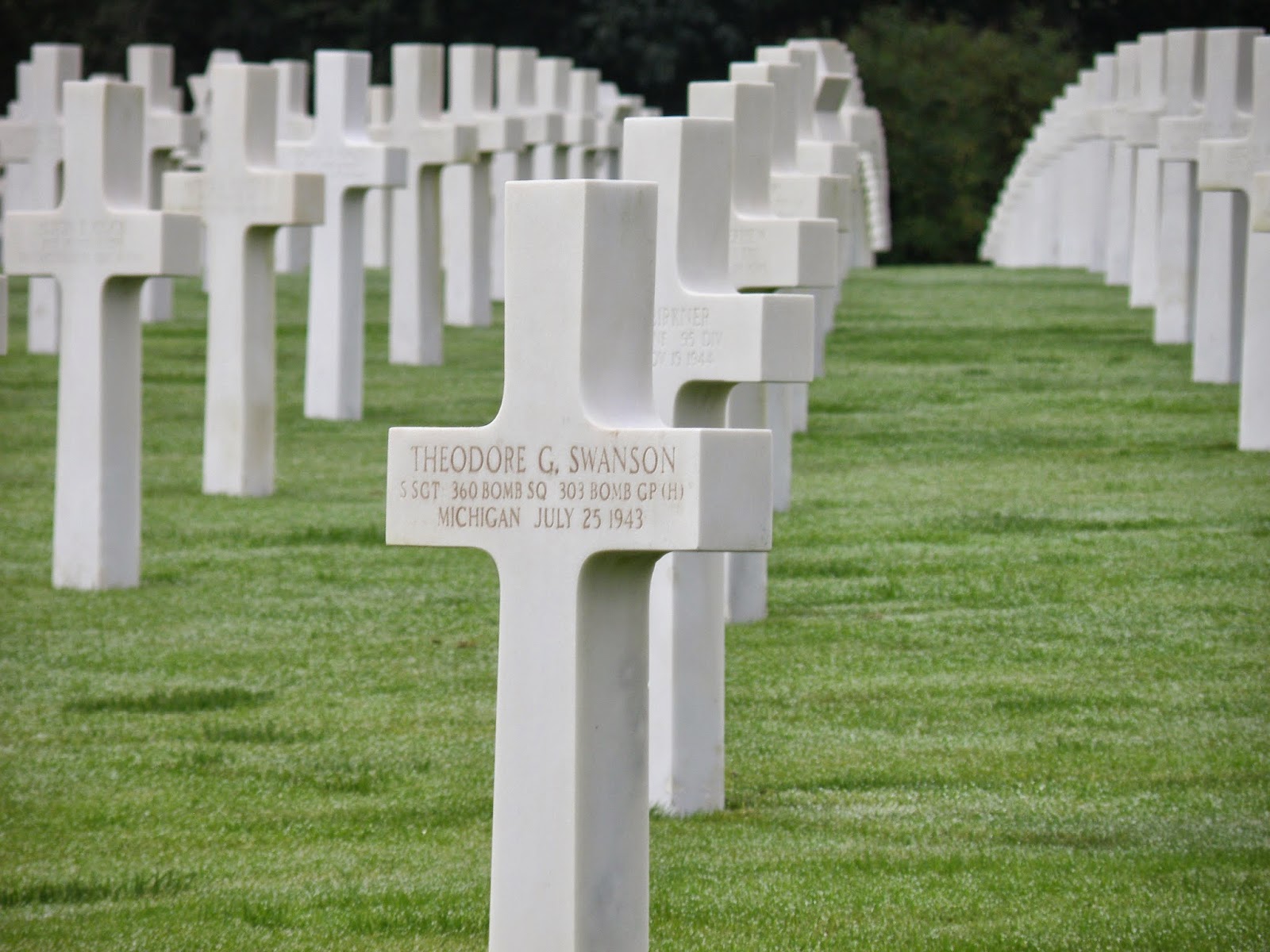 Here’s one that shows what a, well, unusual place Bastogne can be— 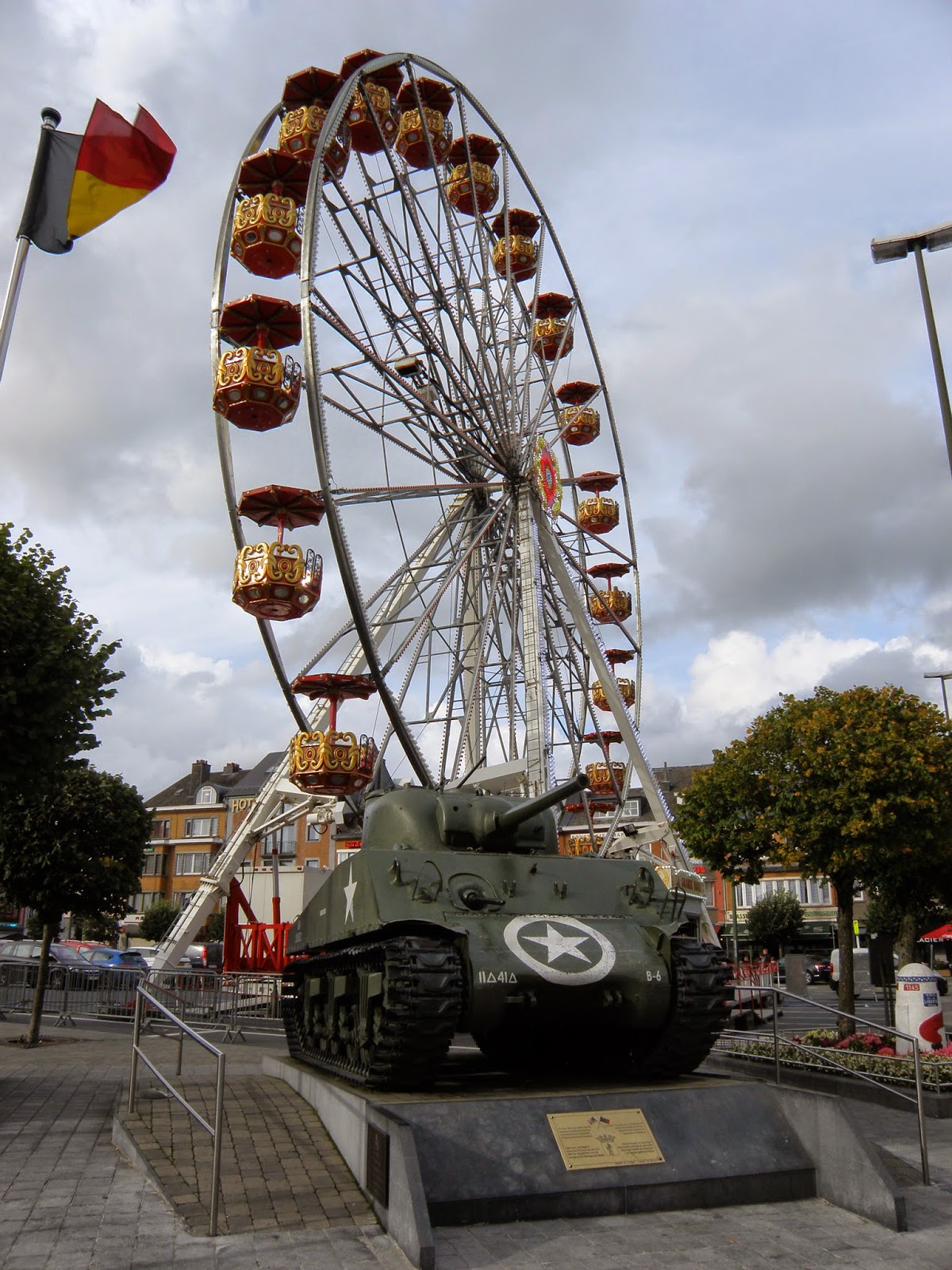 Here’s the chocolate picture I know several of you have been waiting for.  And as far as I know, everything’s made it home safe and sound! 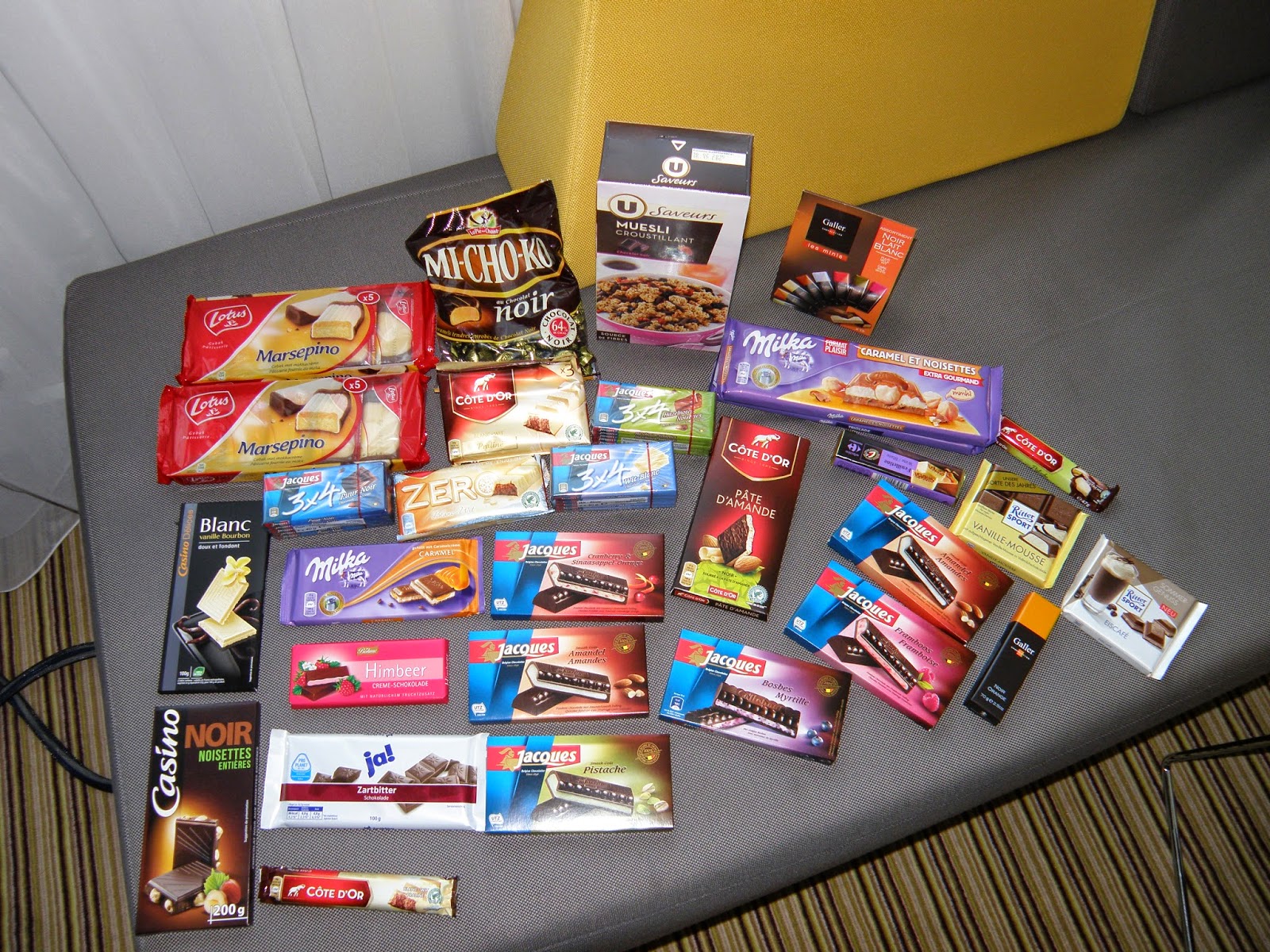 That's not too much chocolate, right?  That's what a normal person would buy in 11 days, right?

One more animal picture, our dinner companion (courtesy of the zoo) at the park in Nancy last Sunday— 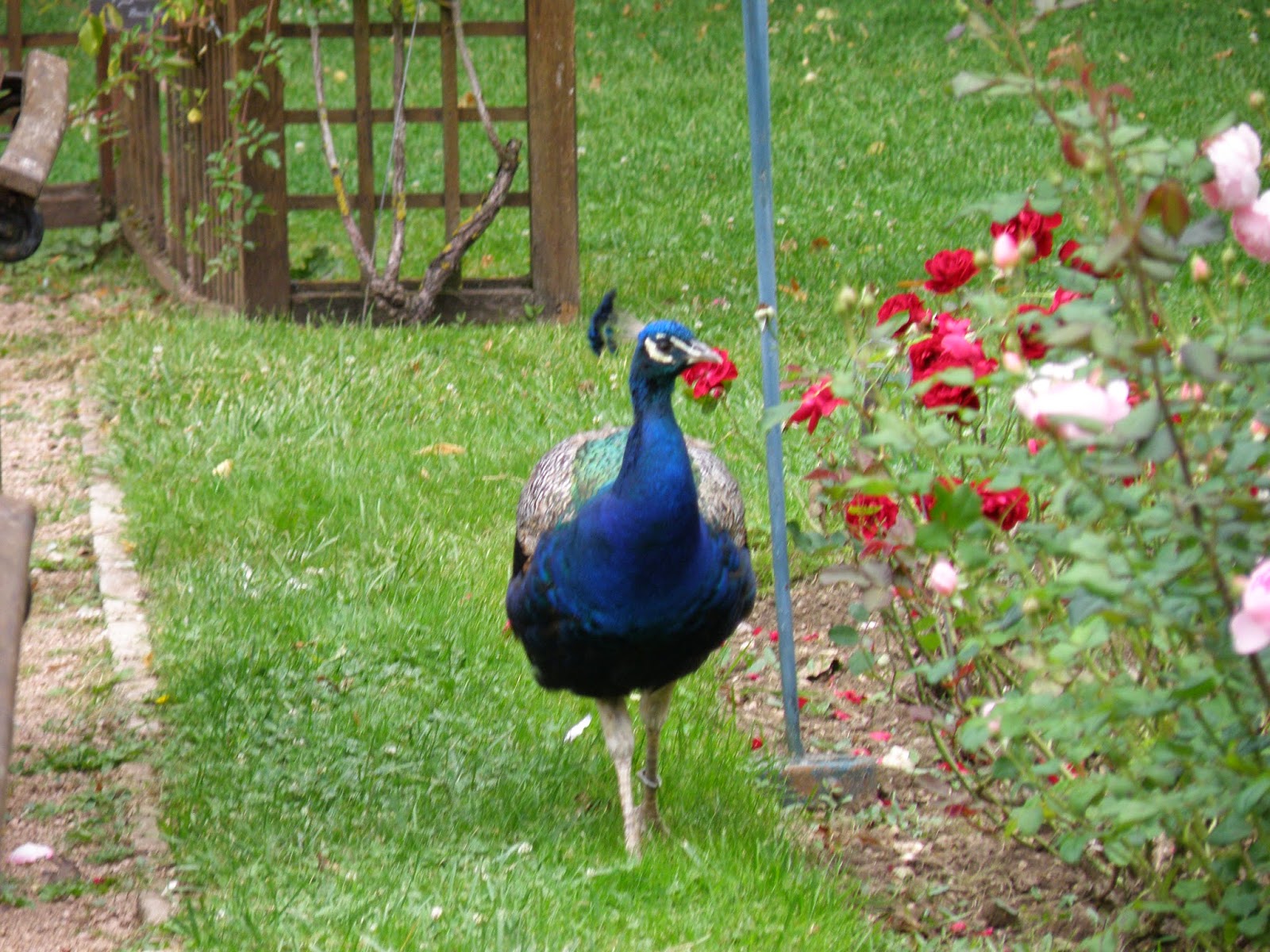 And, of course, one more flower picture, taken at the market yesterday in Chartres. 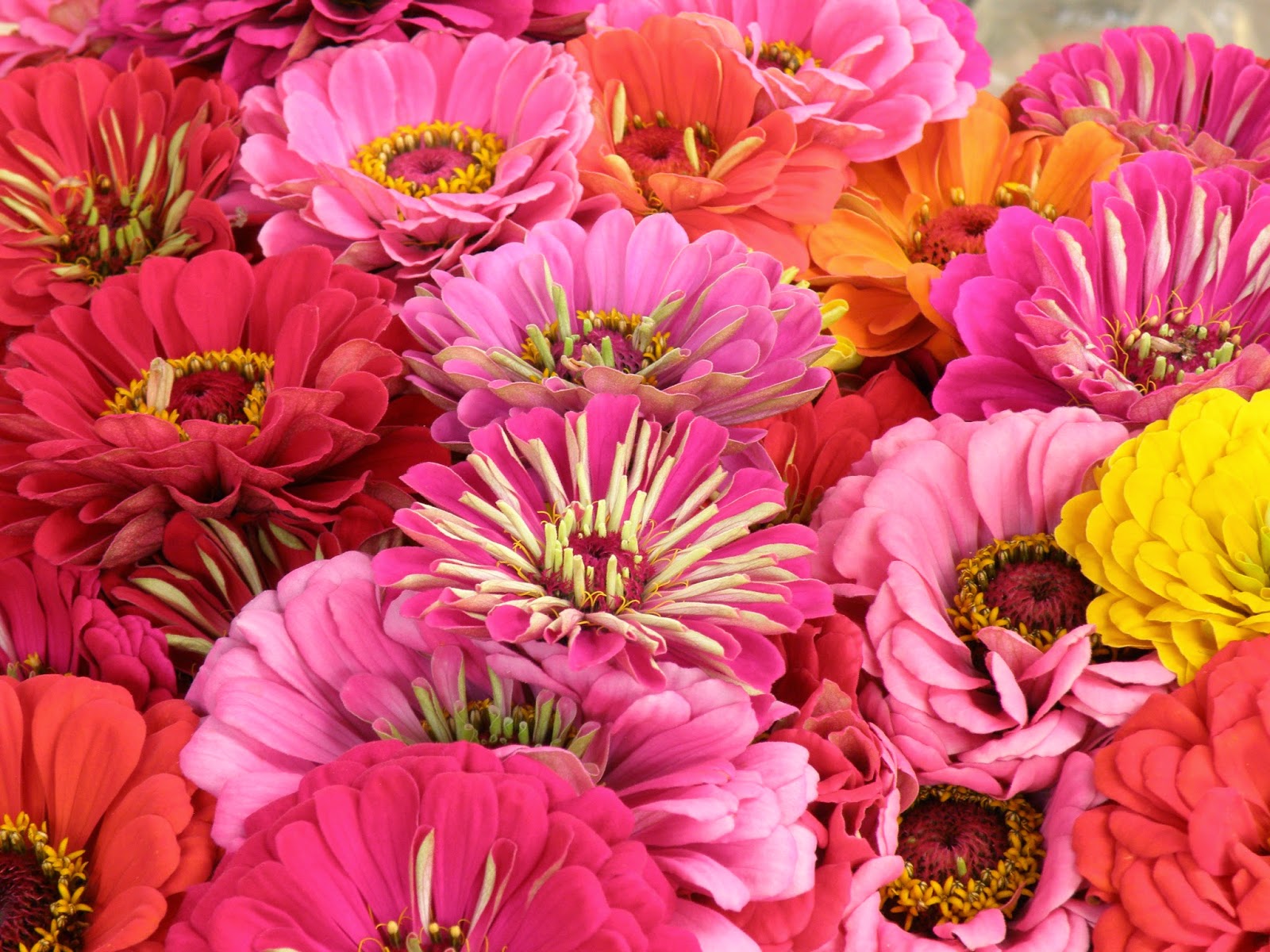 Wow.  Yesterday in Chartres, tonight in Marquette.  It really can be a small world, when you think about it.  Anyway, we hope you enjoyed the ramblings as much as we enjoy having to travel to write them.  We (along with both sets of our parents) are going back to Germany next year, so make sure your virtual passport is up to date!