Thanks to Loraine I learned a new French word today.

When we’re on the road over here we never turn on the TV.  We just seem to have too much going on and not enough time for it all.  The one exception, though, is when we wake up in the morning, and turn the TV on to France 2 and their show “Télématin”, hosted by the curmudgeonly William Lemergie.  I don’t know why we do it; the first time we were both over here we saw this old guy hosting a TV show with a bunch of young reporters and anchors, and we were hooked.

Anyway, we had it on when Loraine heard a word in French she thought she knew, “poux”.  She turned to look and saw that they were indeed doing a story about kids and their first day of school, complete with video of hair being combed and microscopic shots of bugs.  “Poux”, you see, is the French word for lice, Loraine knew it, and recognized it in “Télématin”.  Now I know it, and now you know it as well.

No, that’s okay.  You can thank us later.

Greetings from Chartres (well, actually, the outskirts of Chartres), where we’ve now driven across two thirds of France in the past two days.  Today’s drive, though, was a blast, because this was all we saw in front of us— 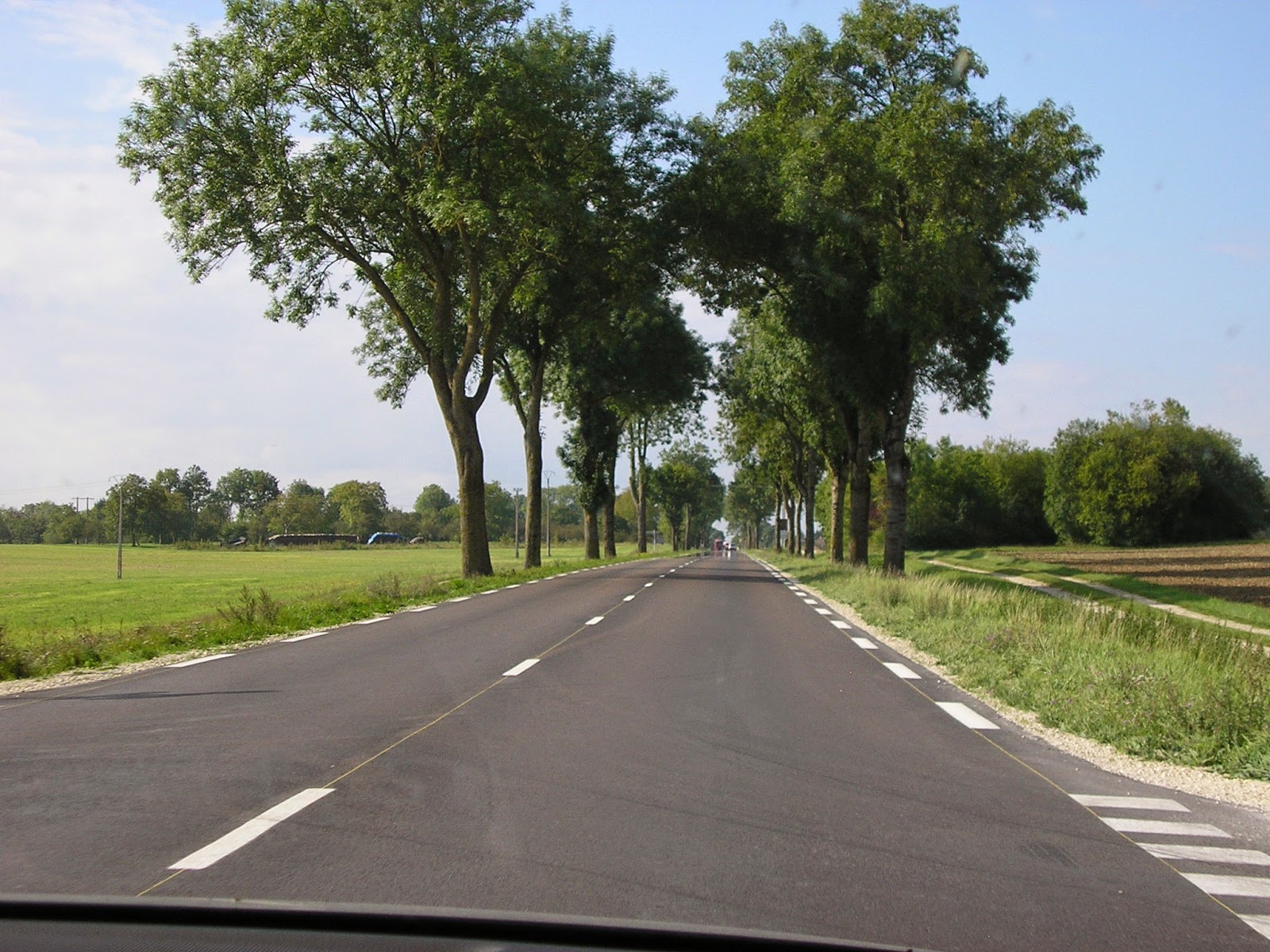 No stops for road construction, only a missed turn or two because of the lack of road signs, and several stops to see a few interesting things, including this World War I memorial in the town of Piney— 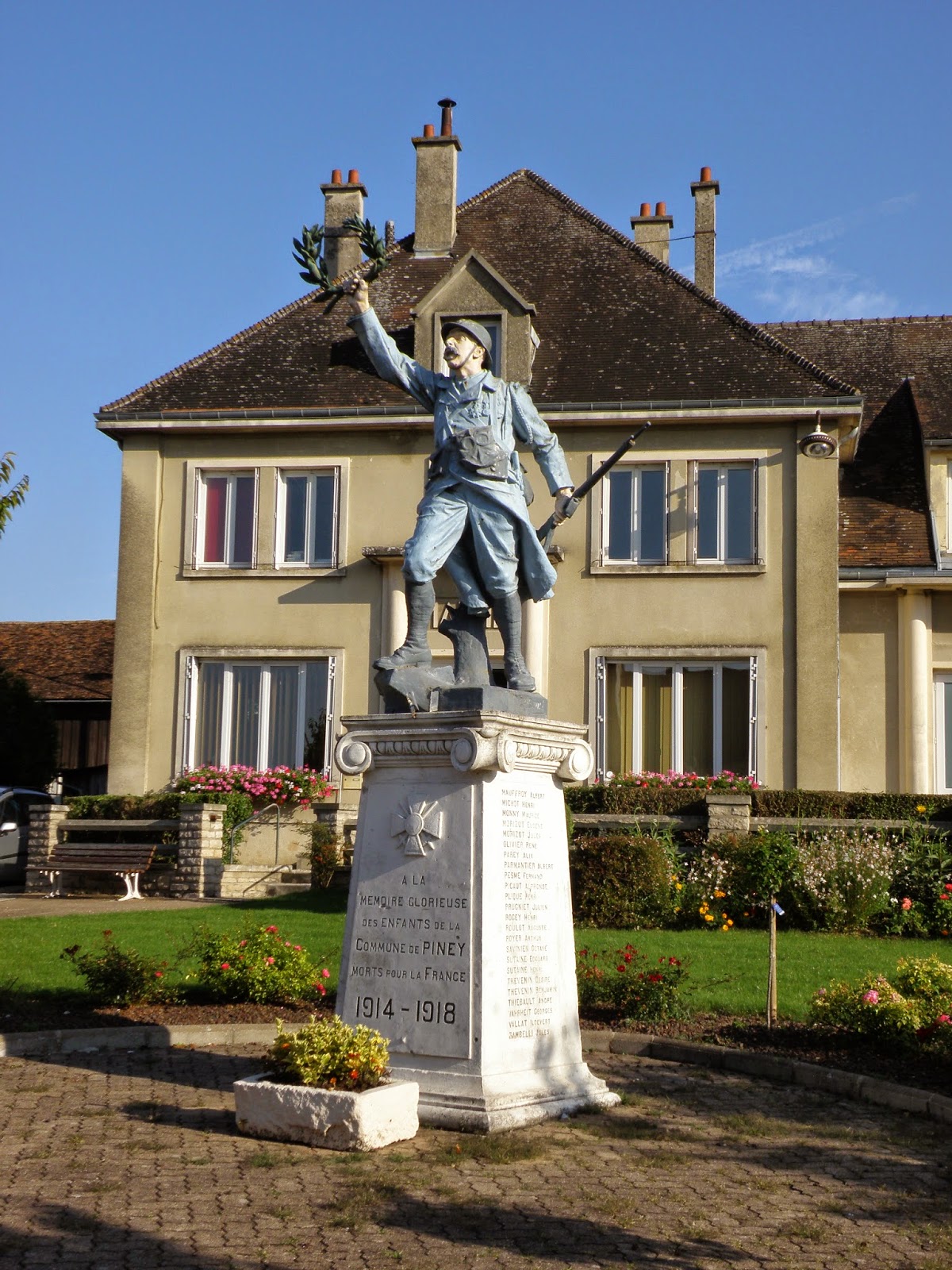 Every French town has a World War I memorial to all of its citizens killed in the conflict.  This, though, is the first one we’ve ever seen in color.  I don’t know if it’s always been like this, or if they did it up for the 100th anniversary, but it was unique enough that we had to stop and take a picture.  So we did.

The other big stop was in a town called Brienne-le-Chateau, which was one of the favorite towns ever of one N. Bonaparte.  Apparently ‘ol Napoleon went to military school there, and after he bungled things royally (the song "Waterloo" may now be stuck in your brain the rest of the day; sorry about that) and was exiled to Elba he gave the town a million Francs, which they used to build this town hall— 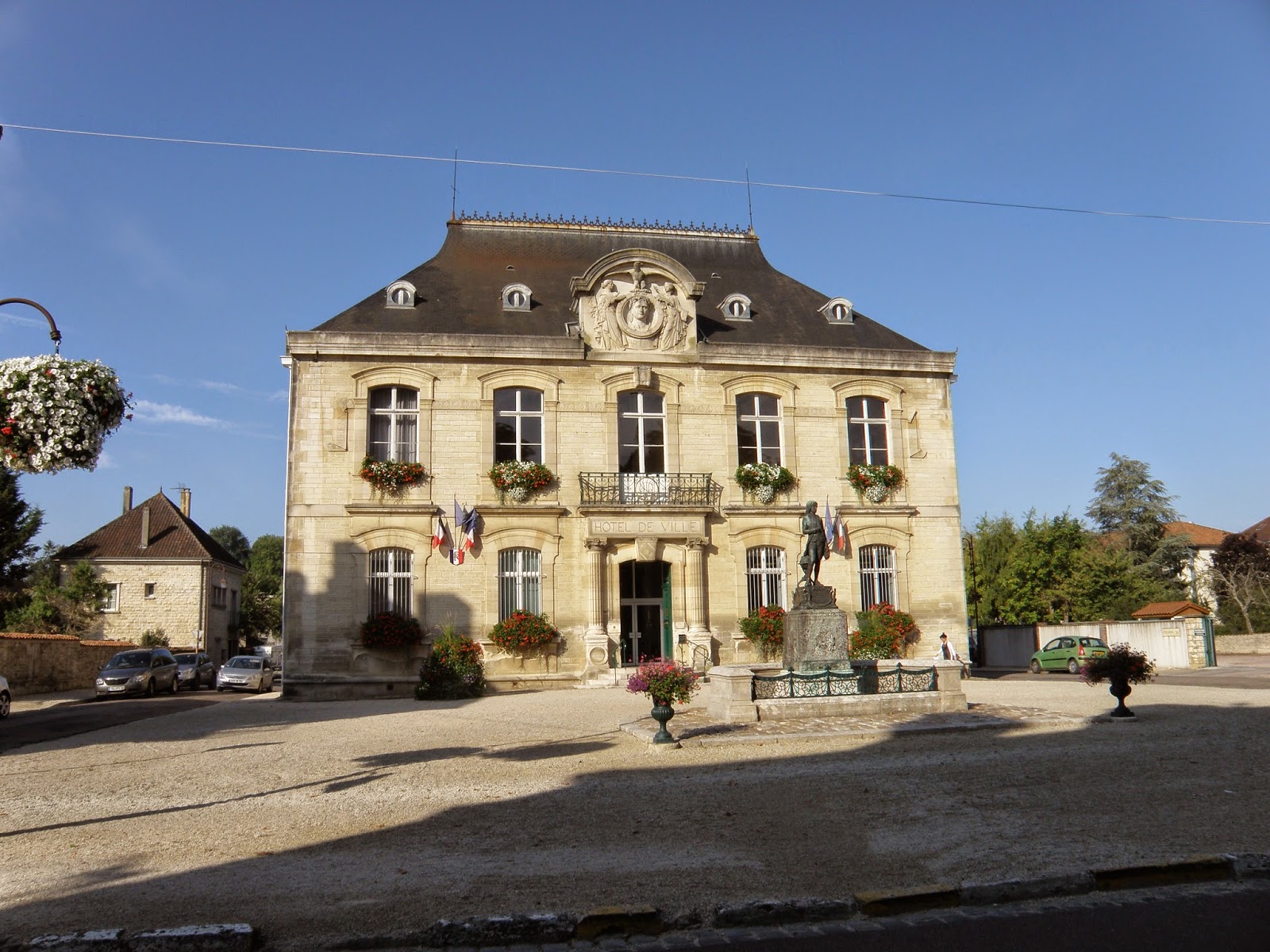 A town hall that features the head of Napoleon, along with a little wildlife, carved into its walls— 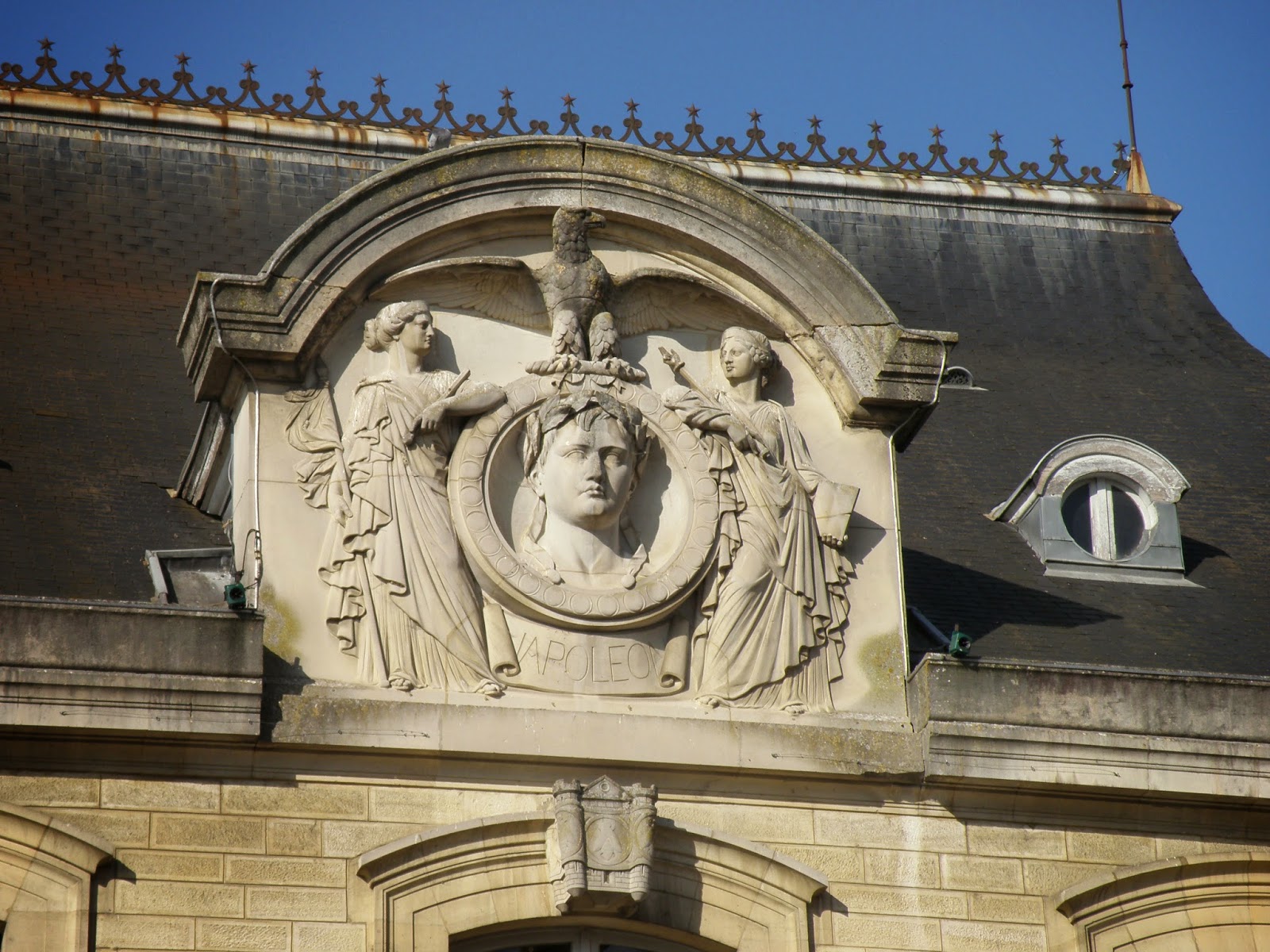 There are also several statues of Napoleon, a museum in his honor, a gift store with his name, and, oh, this— 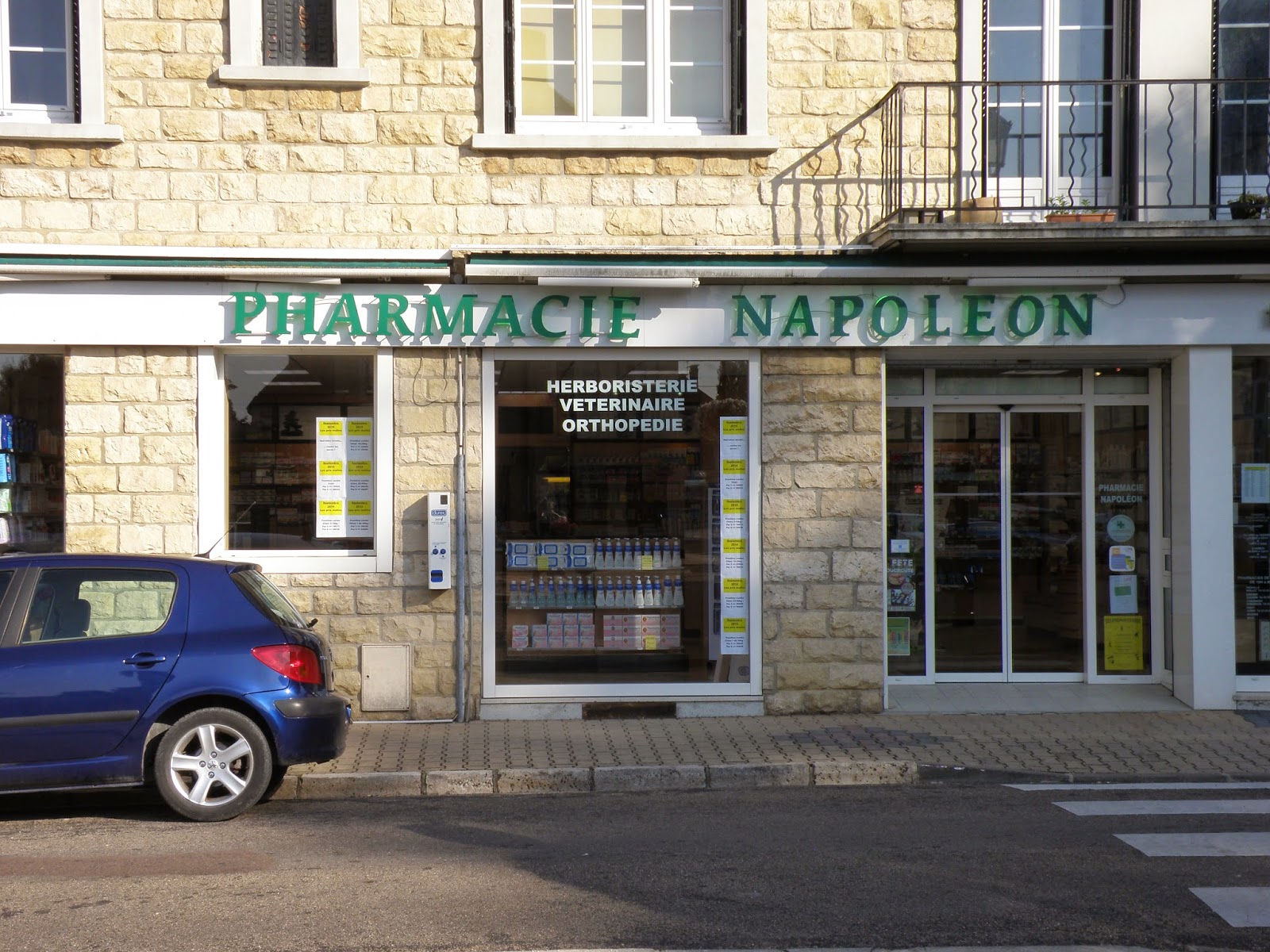 The town is also famous for, believe it or not, a kind of sauerkraut that’s doused in champagne.  In a few weeks, they’re even having a festival to celebrate!  (No, we didn’t get a free sample...) 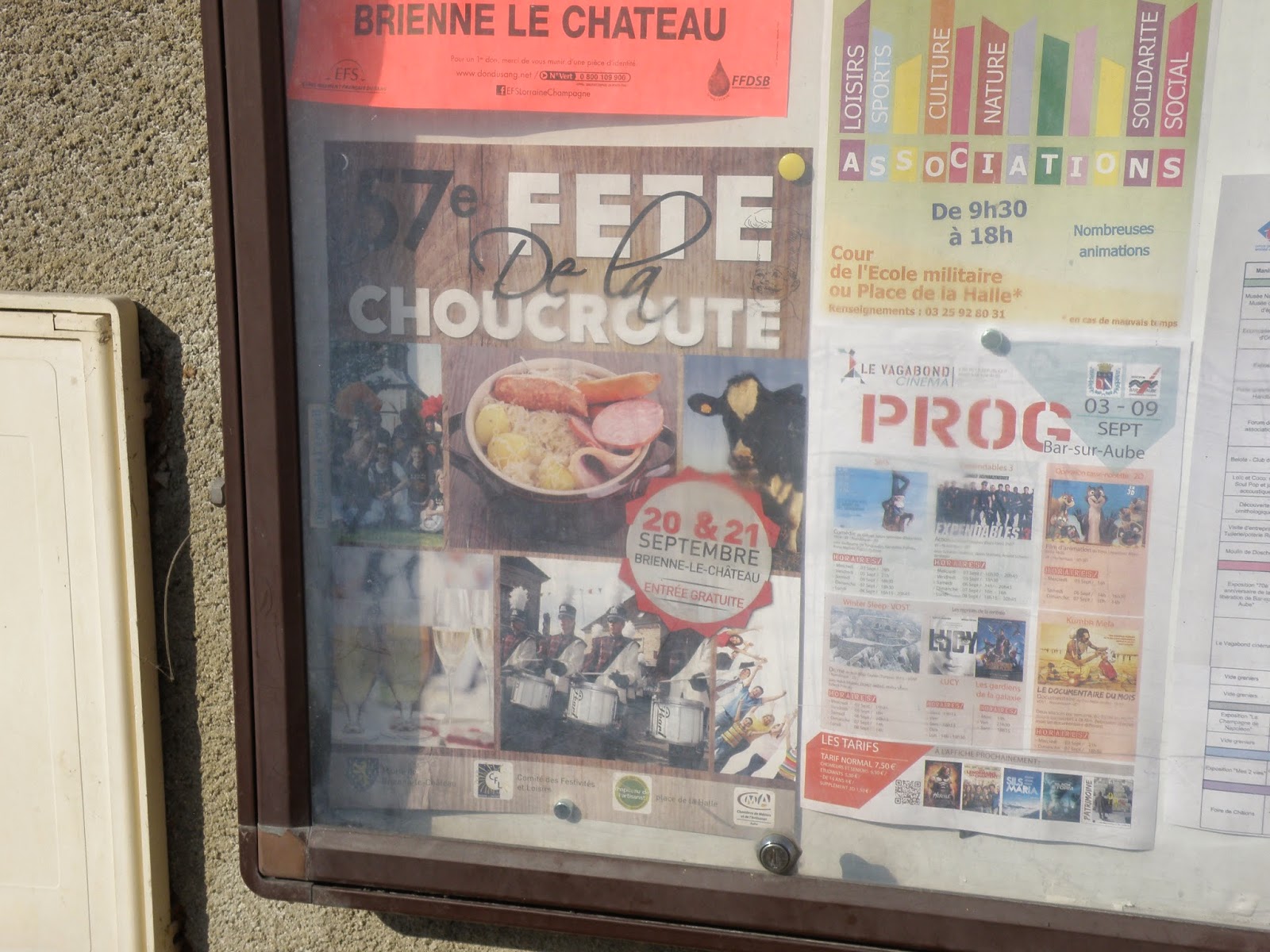 Too bad we won’t be around for that, although if anyone wants to give us some extra money and convince our bosses that we should be allowed to stay over here until then, we would hang around and report on what goes on during the celebration.

I mean, it’s the least we could do for you guys.

No baked goods today; I think our stomachs might be thanking us for that.  And as I type this, Loraine is trying to put her chocolate collection in some semblance of order (I don’t even wanna think about mine).  We did buy what we THINK is our last chocolate of the trip, although Loraine still hasn’t found the coffee flavored bar she was looking for yesterday.  It’s quite weird, in fact.  You used to be able to coffee-flavored bars in France by every brand; now, though, they’ve disappeared, with the exception of one by Nestles.

I guess the French are trying to get into the holiday spirit a little early!

Okay, since we have no pictures of baked goods, how about a flower picture? 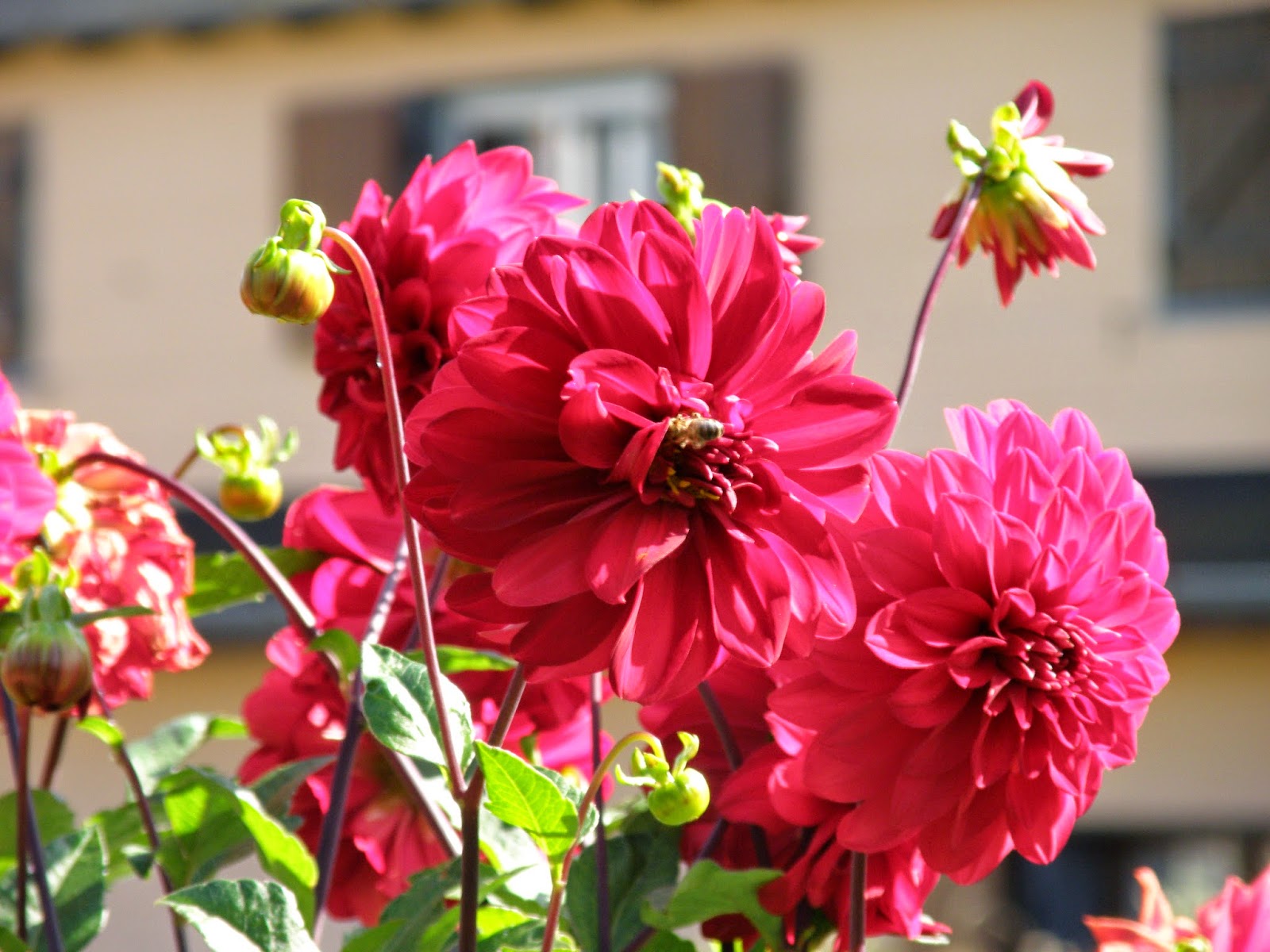 And your animal picture, as well— 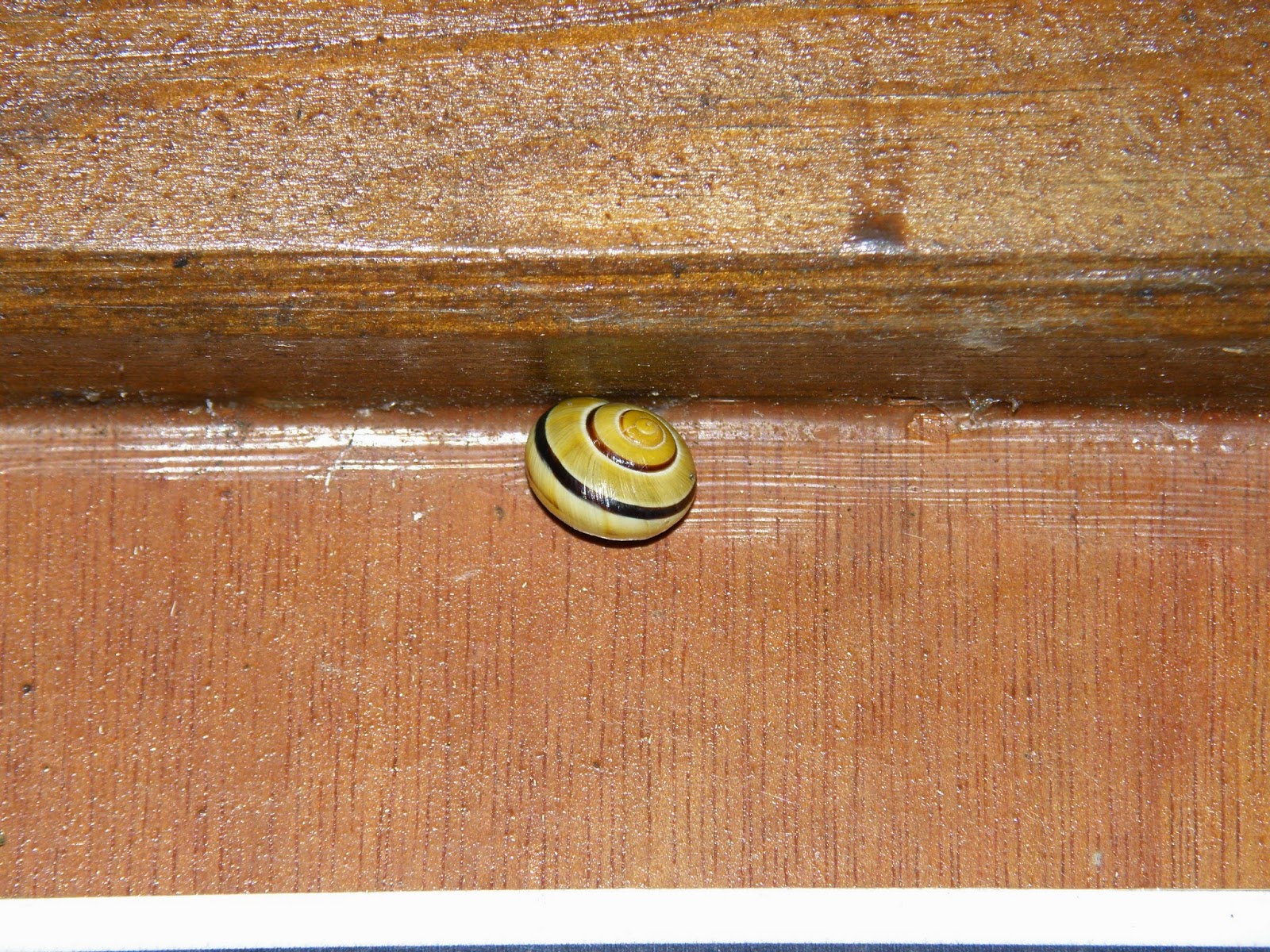 Tomorrow, we head to the Paris suburb of Roissy-en-France to drop off the rental car and spend one more night over here before we head back.  We'll play around the town (which has an amazing park) and figure out what I’M gonna do with my chocolate.

We’ll also see if we can come up with another French word for you to learn, as well.