Springtime Along The Spree

Look at how green it is in Berlin! 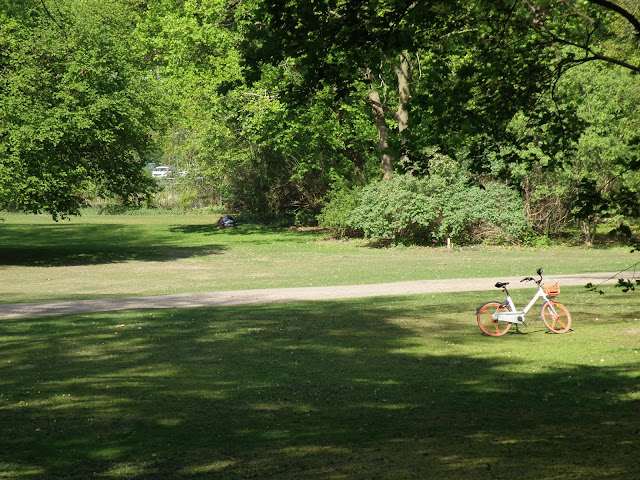 Greetings from Germany's largest city, its capital city, and where nearly 24 hour of airline travel, airline food, and weird fellow airline passengers ended with an afternoon of the two of us walking around in 80 degree sunshine.

You really can't ask for more, can you? Well, as it turns out you can, at least today. Wanna see what else we saw? 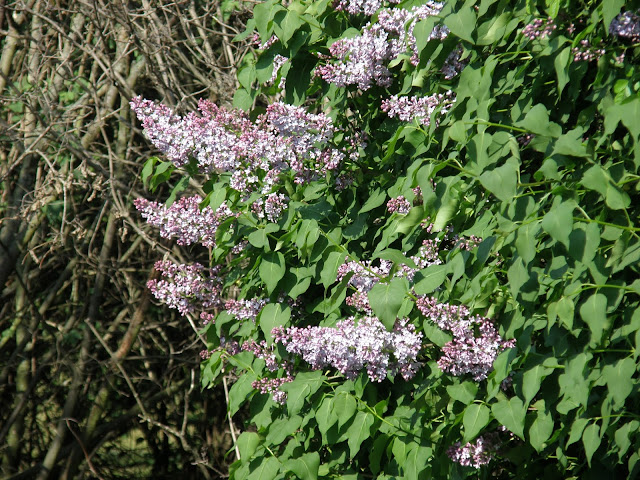 I know. In some ways, it really was a perfect day, wasn't it? We're just in Berlin for the night, before we catch the train to Leipzig for the whole reason de etre behind the trip—Saturday's Bundesliga match between RB Leipzig and SC Freiburg. But after a relatively pain free trip through German customs, we hopped on a bus and soon found ourselves ensconced in a Motel One right near one of the country's great city parks, the Tiergarten-- 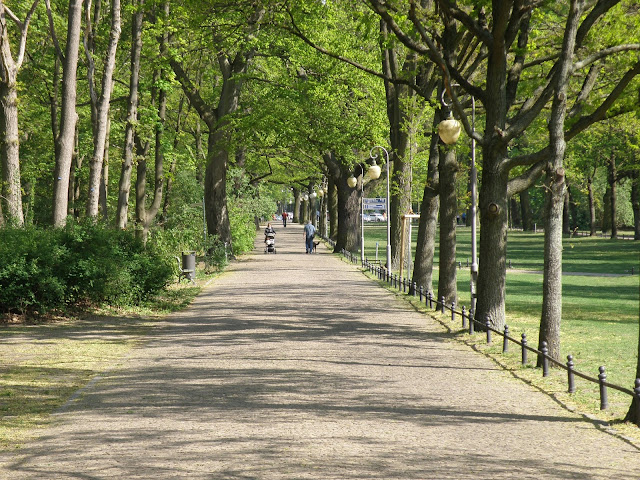 The Tiergarten was originally hunting grouds for some long-ago Prussian king, and now is where the average Berliner goes to walk, run, push a stroller, commune with nature, play Frisbee, or paint graffiti over public bathrooms-- 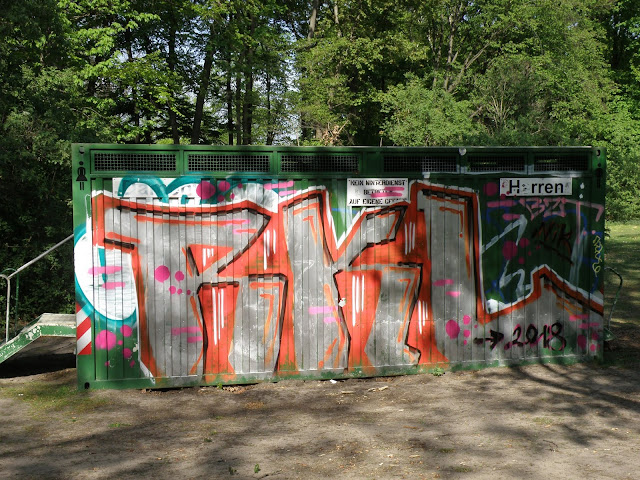 It's also where we saw the lilacs that were pictured a little earlier. The eastern end of the Tiergarten sits at the Brandenburg Gate, once a symbol of German might and now the stop for hundreds of selfie stick-wielding tourists at any given moment-- 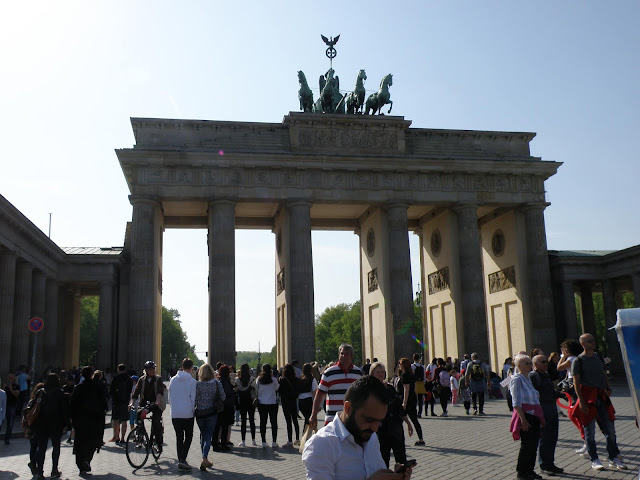 I don't know if it was because of today's weather or because it's always like this but Loraine and I counted 20 tourist buses waiting to offload and/or onload their passengers as we walked in the vicinity of the gate. We also had a couple of other stops we wanted to make, at the Ritter Sports Store to buy some chocolate-- 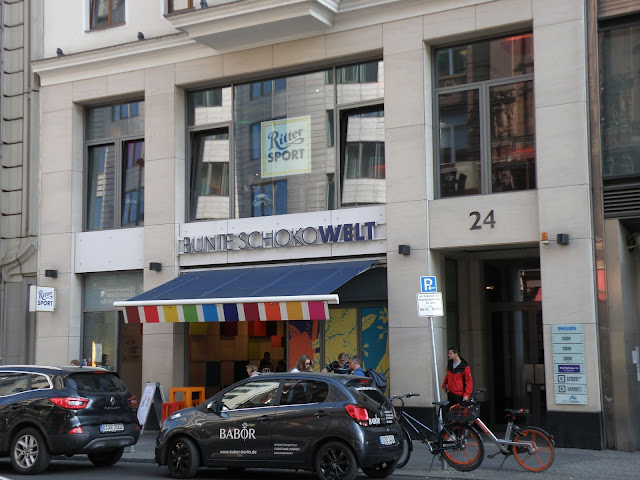 For a walk along the Spree, which is the river that cuts through the heart of the city, and where it seems like a  large chunk of the city's population was out enjoying the gorgeous day-- 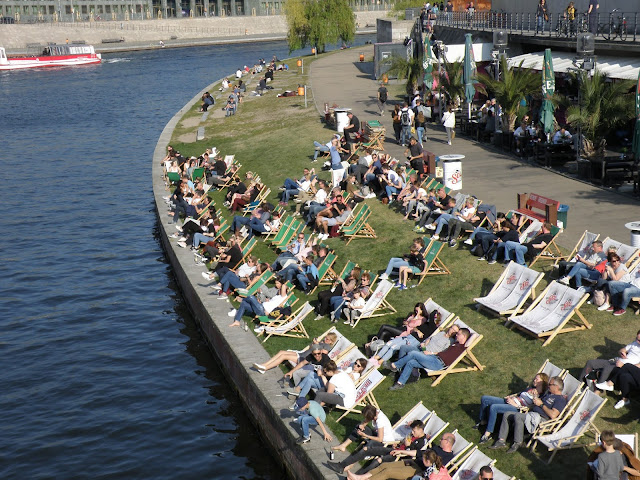 And at a place called the Bebel Platz, which is a courtyard at Berlin's Humboldt University. Loraine was just reading a book about plundering the libraries of Europe, and how college students during the early days of Nazism held huge public rallies in the Platz and burned thousands of book at a time. Now, they have plaques in the courtyard that commemorate that small moment of terror in the Nazi's huge reign of terror.

We also had to visit the Ampelmann Store-- 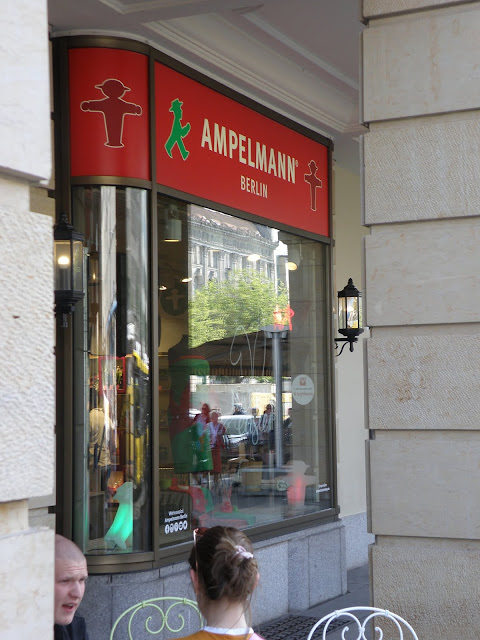 which celebrates a unique piece of Berlin history. Back when Berlin was a divided city, something that, by the way, is still commemorated by a line of bricks that ran where the wall did-- 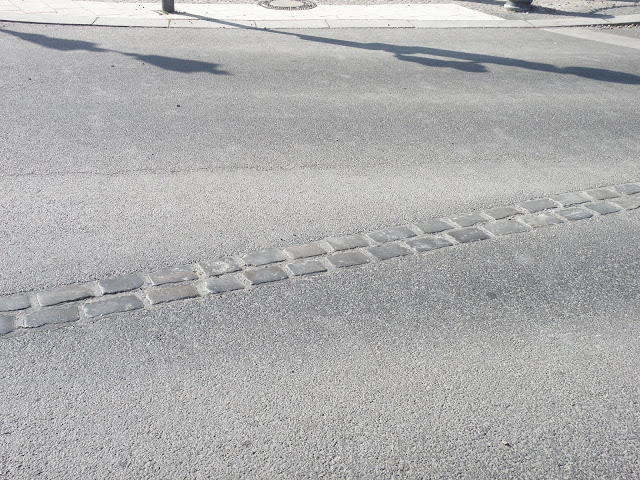 The people of East Berlin had one thing that carried over when the city (and the country) was reunited. You had the Ampelmen, what East Berlin used to tell pedestrians to walk or not walk across the street. Instead of having a green light you'd see this guy-- 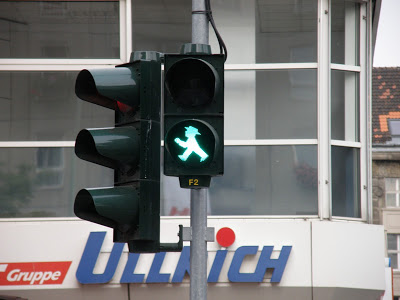 And if it wasn't safe to walk you'd see his friend-- 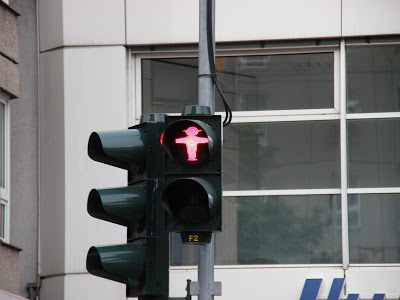 The Ampelmen have now become a kitschy piece of Berlin history that everyone seems to love. In fact you can see them in other different German cities (we've spotted them in Heidelberg and in Munich), and at the store you can buy just about anything that has the characters on it. You can buy shirts and towels, cookie cutters (which I already own) and pasta noodles. You can buy soap on a rope and soap in a bar. You can buy Ampelmen pens, pencils, paper, coloring books,history books, recipe books, and book holders to hold your Ampelmen books.

You can even buy these-- 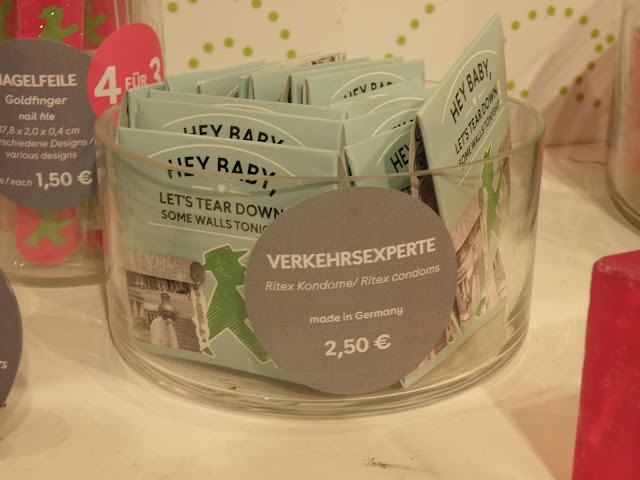 Told you you can buy just about anything with the characters on them.

Tomorrow, we hop on a train and take a ride. So until that train drops us off in Leipzig...