The Circle is Complete

We zipped through the entire life of Loraine's BFF, King Ludwig II, today. Literally, too. We went from his birth to his eternal resting place.

Greetings from Munich, where we started this whole crazy thing a week and a few days ago. It was actually raining quite heavily when we left the sleepy little town of Bernau-am-Chiemsee this morning, but thankfully (aside from a few quick & scattered showers) it cleaned up quite nicely by the time we arrived here. And now that we're about to leave Germany, the forecast for the entire next week calls for a return to summer, with sun & temps in the 80s. No six days of rain, no cold, no nothing. Just perfect weather for a week, right as we're getting ready to head home.

You hafta laugh at the irony of it all. Because if you didn't, you'd end up crying.

Today's major task was a visit to Schloss Nymphenburg, a palace on the outskirts of Munich that the Bavarian royal family would escape to when the pressure of actually living IN Munich got to be too much.  And, of course, the castle was guarded by, among other things, a swan with an attitude-- 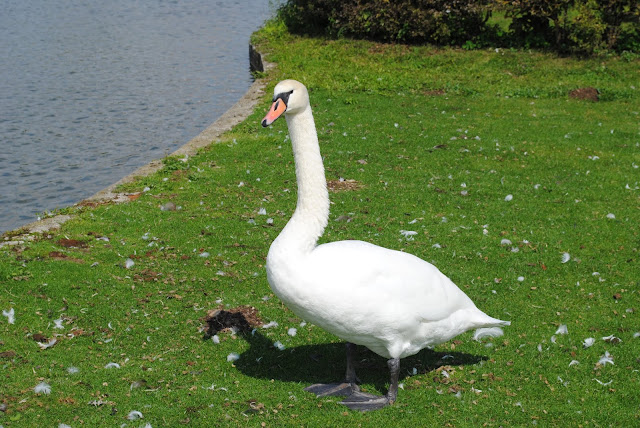 Admittedly, after yesterday's visit to Herrenchiemsee, I don't think any castle would compare, but there was one difference here. Here you could take pictures inside! So if you've ever wondered what the inside of a Bavarian castle looks like, now you know-- 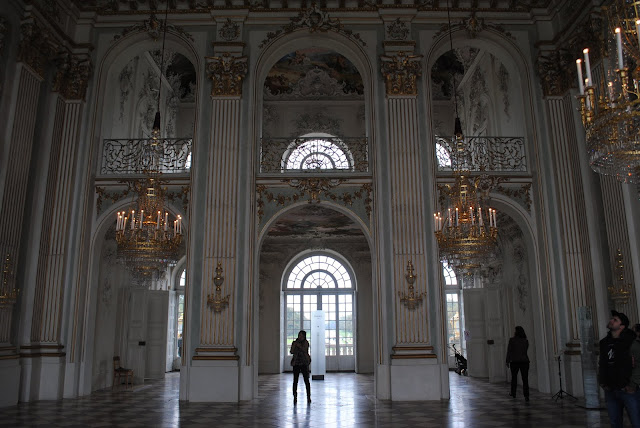 Ludwig was born in this castle, which is why we visited. In fact, his mother popped him out right here-- 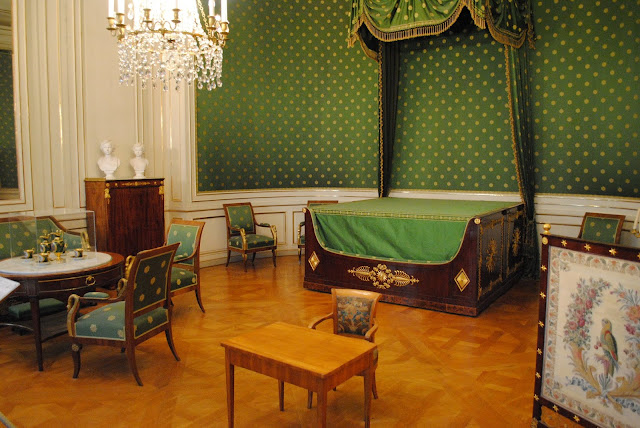 Thankfully, there was no re-creation of that event.

The castle grounds were kind of cool, with museums, outbuildings, and one of the strangest things you may ever see, a hundred gold King Ludwigs waiting to blow your mind-- 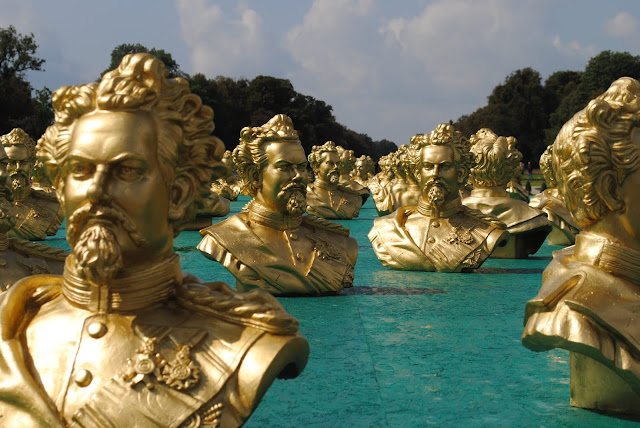 The gold busts are actually part of a fundraiser for the castle and its preservation. For a mere 400 Euros we could've taken one home with us. Unfortunately, that would've made us choose between having room in our luggage for the bust or room for our chocolate.

You can guess which one won.

I had mentioned that Nymphenburg was a place on the outskirts of Munich that the royal family used to escape the pressure of actually living in Munich. Well, when the pressure of living in the place where they went to escape the pressure of living was too much, the men in the family would take a five minute walk and escape to a building called Amalienburg, which served as their hunting lodge. Yup...they had a hunting lodge in their back yard. That would be like a Yooper hunter having a deer camp next to their garage.

Only, I'm guessing there are very few U.P deer camps that look like this on the inside-- 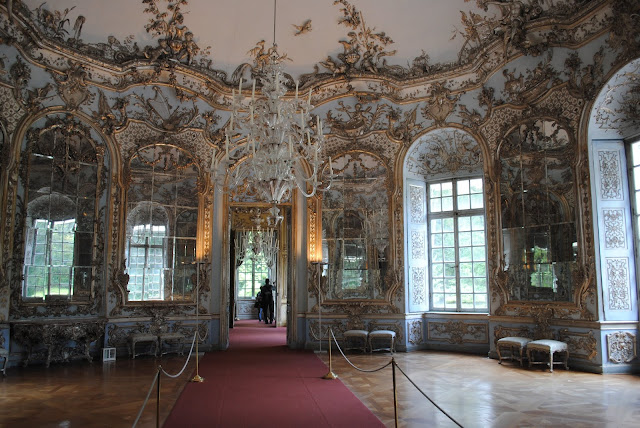 Ah, rich people. They're just like you & me. Except they're not. 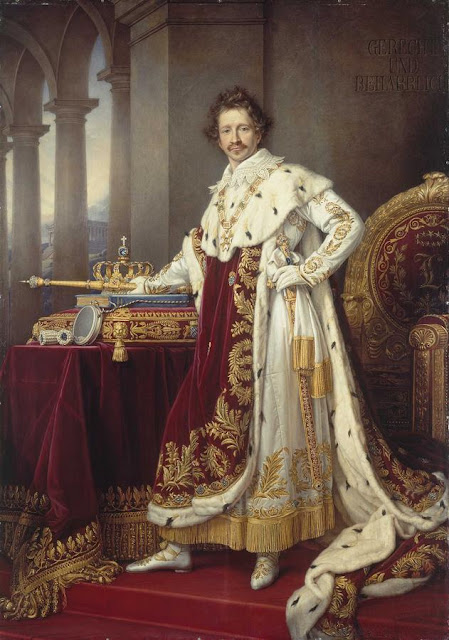 He was a dandy, that Ludwig I. He liked women. He liked women a LOT. He liked one woman so much, in fact, that he gave up his throne for her. But his love of women is still noted inside Nymphenburg palace in a room called “The Gallery of Beauties”-- 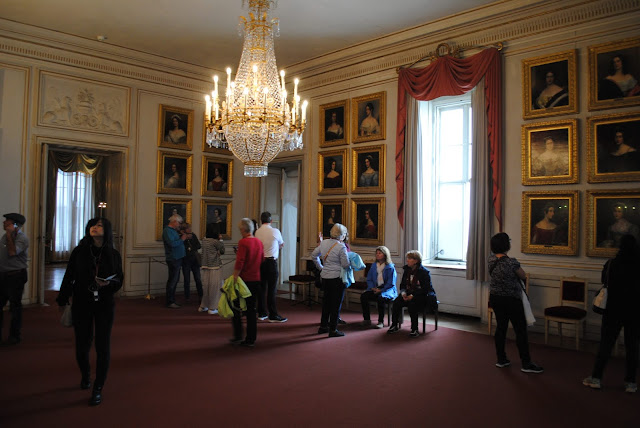 In this room are paintings of 36 women that Grandpa found interesting, including Ludwig II's mom. It's perhaps not surprising, then, that Ludwig II also has his own “gallery of beauties” in one of the castle's outbuildings-- 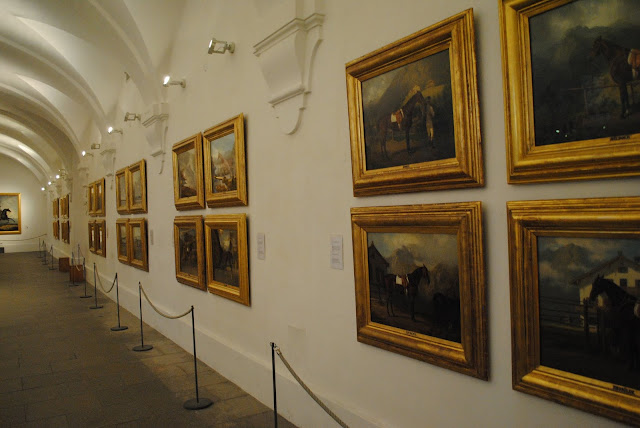 Only, Ludwig II really didn't care about beautiful women. He cared about these beauties-- 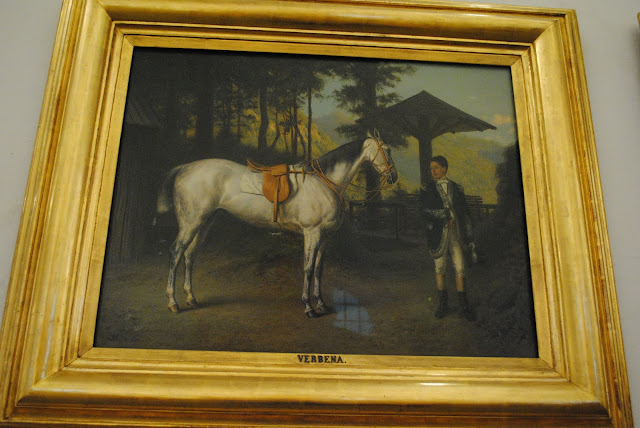 That's right. Showing that he shared perhaps only a name with his grandfather, Ludwig II really didn't care that much about beauties until they had four legs and a tail. And could pull one of these-- Aside from horses, Ludwig II also had a thing for carriages, the more blinged out the better. In fact, legends exist of his nighttime winter carriages rides, where he would often pop in unannounced at the home of one of his subjects for a warm drink. And because he was a gadget freak, one of his carriages was also tricked out with a battery operated light, perhaps serving as the first electric headlight ever used.

I wonder what his grandfather would've thought about that?

Our other big stop today, after seeing where Ludwig was born, was to see where he lies in death-- 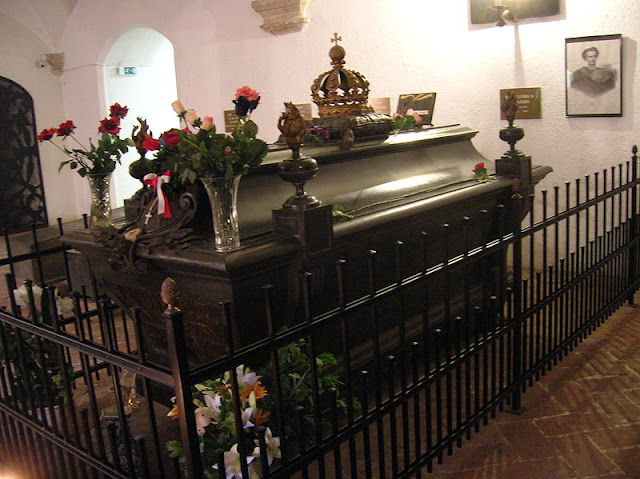 This is Ludwig's sarcophagus in the Wittelsbach family crypt in St. Michael's church in Munich, where Loraine left a flower for him. The picture is not mine; you're not allowed to take pictures down there, and there's a very cranky old man watching to make sure you don't. However, the Internet is filled with all kinds of dark and illicit things, including the picture I just shared.

Don't worry. I scanned it for viruses first.

Other than that, we just bounced around the area for a bit, dodging showers and trying to pick up a few last gifts (other than chocolate). We did get a chance to see what may be the world's smallest car-- 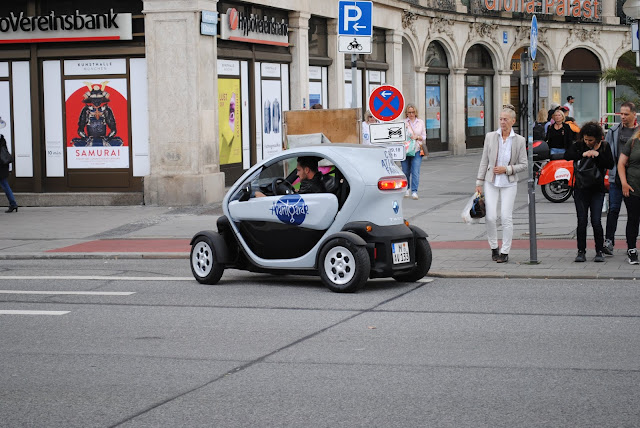 A cute little bird that I think is called a coot-- 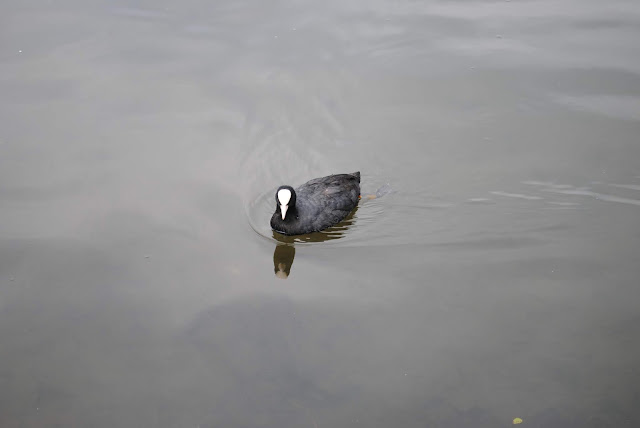 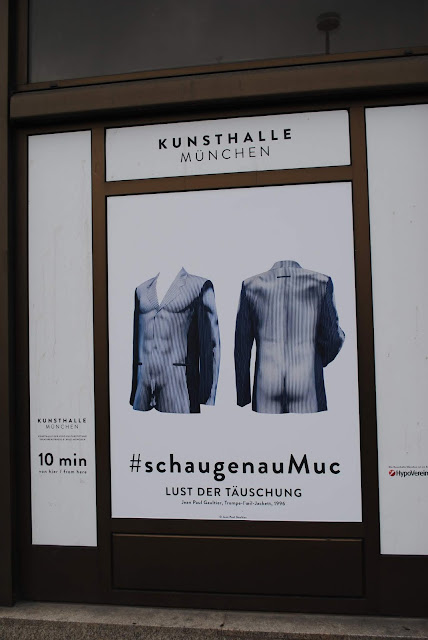 We have one more day left on this little adventure. That's tomorrow, where a return visit to one final castle, a curry-wurst or two, and one of the biggest municipal parks in the world await. See you then!