How do you know you're staying at a fantastic hotel? You know when they leave mini-versions of the world's best chocolate bars on your pillow to greet you when you arrive. 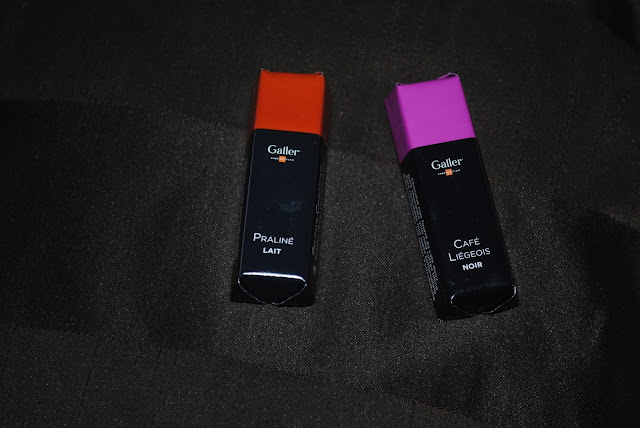 Greetings from the aforementioned place, the Hotel Melba in Bastogne, Belgium. We arrived here a mere 26 hours after leaving Marquette yesterday morning, which means that in the over course of slightly longer than one day we were in two U.S. states and four different countries before getting here. But then, we saw those chocolate bars when we walked in and everything was all worth it.

Even having to put up with screaming babies right behind us on not one but two of the three legs of our flight.

It's funny; this is the sixth time we've stayed at this hotel, which is owned by a married couple, and when we checked in she looked at us like she had seen us before. Then when we told her she had (and gave her a copy of Loraine's book “Elden's True Army Tales”, written about someone who died near here), she was speechless beyond belief.

Maybe tomorrow we'll each get two pieces of mini-chocolate!

Speaking of chocolate, where's the first place we went after we checked in? How about the holy grail of choco-holics, the Carrefour store a kilometer down the street from here-- 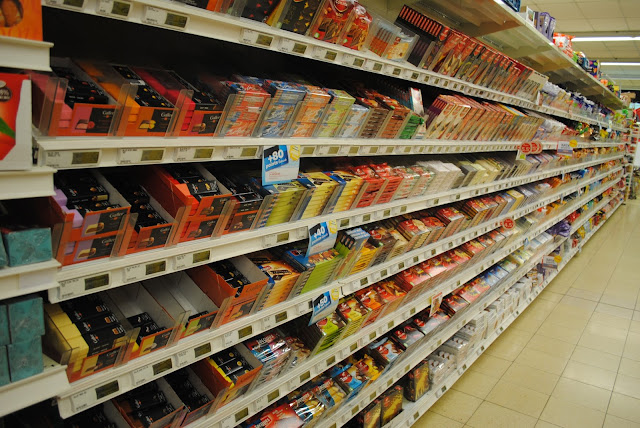 Sure, I drooled a bit and maybe even shed a tear or two, but, believe it or not, we didn't buy much today. That comes tomorrow when we visit the factory outlets stores for two of the brands (Galler and Jacques) that you see pictured above.

Loraine said she'll bring extra Kleenex just in case either of us need them.

One of the interesting things about flying today was that we had to spend a couple of hours in London waiting for our flight to Dusseldorf. And since today's the 20th anniversary of the death of Princess Diana, Loraine, who always thought very highly of her, took the opportunity to pick a few newspapers & read up on how people are feeling, two decades later. 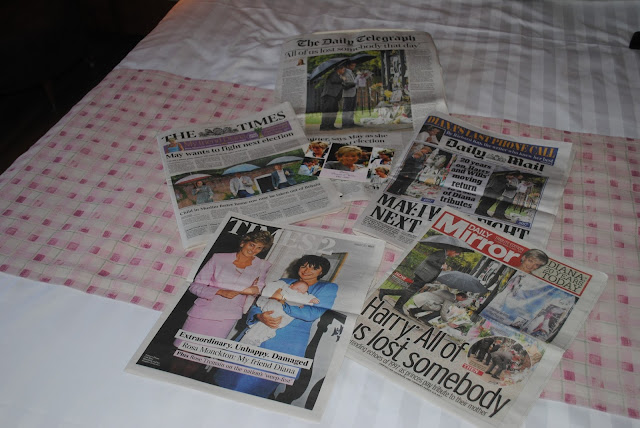 That's basically the first day of our trip in a nutshell, unless you wanna be bored by the misadventure that was us trying to find where our rental car was parked at the Dusseldorf airport (and Deanna, as an aside, you were absolutely right). I was driving so I couldn't take pictures, but I was stunned at the transformation that occurs pretty much instantaneously as you cross the border from Germany to Belgium. Driving in Germany is like driving on an American interstate. You see exit signs, cloverleaf interchanges, and wild drivers treating the road like their own personal Formula One track. Then you get into Belgium and the road become a little narrower, the scenery a little more bucolic, and the drivers just a tad more polite.

Okay, because we didn't do much today and I haven't slept for 30-some hours, I'll wrap this up with a couple of images from our walk down to Chocolate Heaven (excuse me, the Carrefour store). First of all, I notice that clothing stores around here are starting to develop some rather interesting names... 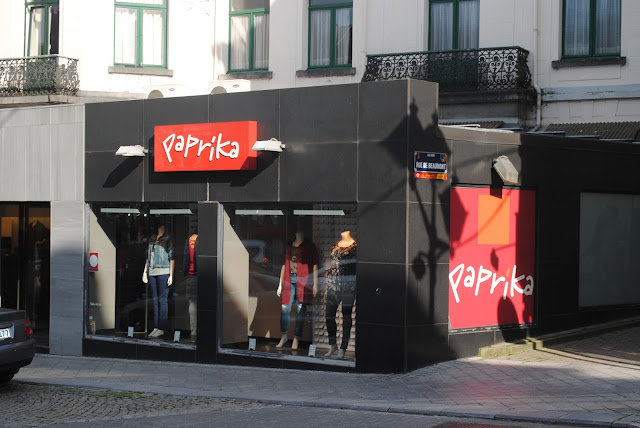 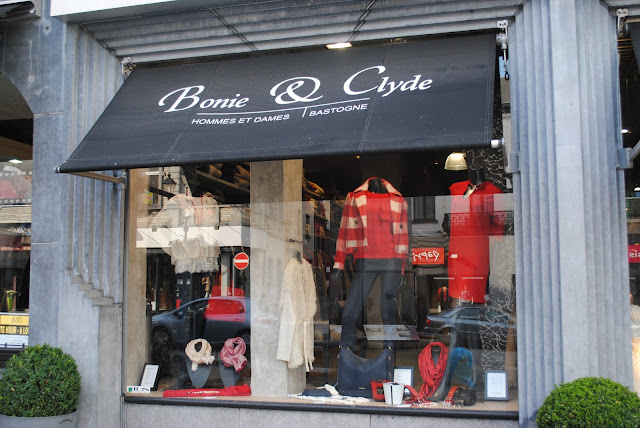 There's a new business that's opened since we were last here-- 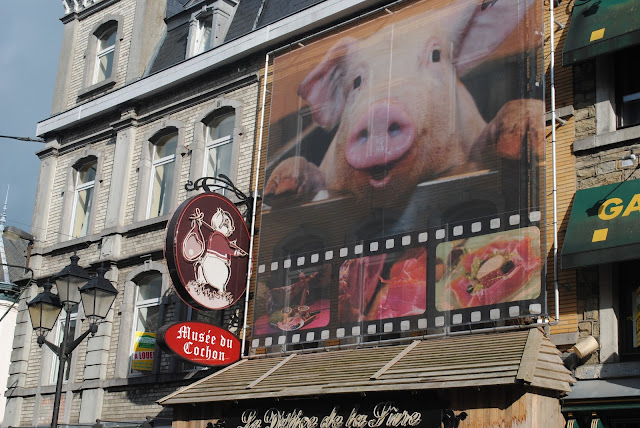 That (literally) translates to “Museum of Pigs”, but it's not a place where they venerate Porky or that one pig who built his house out of bricks. Nope; it's actually a museum dedicated to ham, some of which they produce in copious amounts around here.

And look what else they're doing in Bastogne! 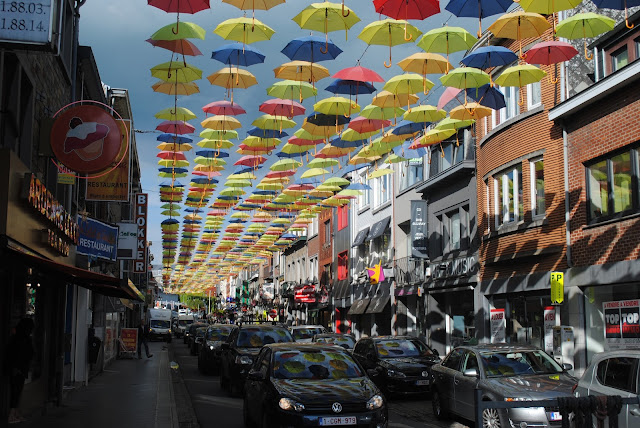 The umbrella concept does seem to be popping up a lot around the world, and this may be the most extreme example. An entire city block is covered by the umbrellas, and as far as we could count there were over 1,000 of them hung in the air.

Almost puts the Rosewood umbrella display in Marquette to shame, doesn't it? Almost. Although my personal opinion is that our display has better colors to it. Maybe next year the Marquette DDA should try covering a whole city block with them. We'll show Bastogne!

Tomorrow, we do a little research for Loraine, visit a few places we haven't visited before, and buy a whole bunch of chocolate. If you behave, I'll even post a picture when we're done.