One of the Reasons We Keep Going Back

Had he lived, he would’ve been 92 years old. 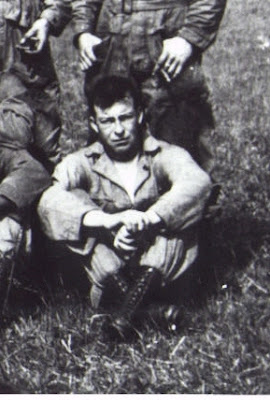 Arthur W. Lemieux was born in Marquette on April 20th, 1920, to Arthur E. and Jessie Lemieux.  He was the second of five children; his dad worked at and later owned the old Marquette Steam Laundry, which sat where the parking lot next to where the former Delft Theater is now located.  He went to (but didn’t graduate from) Graveraet High School, and worked as (among other things) a taxi driver until World War II, when he joined the 82nd Airborne.  As part of the 505th Parachute Infantry Regiment, he made the jump into France the night before the D-Day landings, helping to secure the town of Ste. Mere Eglise.  Three days later, June 9th, he was trying to cross a field near that town when he was shot & killed by a German machine gunner.  He was temporarily buried in Ste. Mere Eglise, and his body was brought back to the U.S. in 1949, where he was laid to rest in Park Cemetery.

And that’s where his story ended, at least for the next half century.

Now flash forward to the summer of 2000.  A young couple decides to spend a nice afternoon walking through Park Cemetery, and having seen “Saving Private Ryan” several times, the female half of the couple looks around to see if she can find the headstones of anyone who died in World War II.  The first grave she finds is that of Arthur W. Lemieux.  She does a little research into his story, which has been lying untold for those 50 years, and that starts her on an epic project that, 12 years later, is still an ongoing effort.

You can guess who the young couple was, right?

Arthur W. Lemieux will always have a soft spot in Loraine’s heart; after all, you don’t easily forget someone who changed your life like that.  Because of him, she’s spent the last decade (and change) researching not only his story but those of 243 other men & women from Marquette and Alger County who died during the conflict.  And because of him, we’ve spent a lot of time in France, traipsing around dirt roads and farm fields, retracing the steps of his final days.  Thanks to some very helpful people (especially his squad leader, the very knowledgeable Spencer Wurst), we know what happened to him on his final day.  We know the squad left Ste. Mere Eglise with orders to take the Montebourg railway station.  They walked past the village of Fresville, and down this dirt road-- 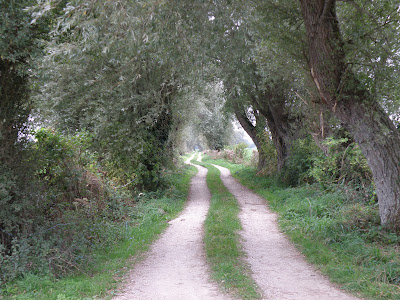 Once down the road, they rounded a corner, came upon a stone quarry, and then attempted to cross this farm field-- 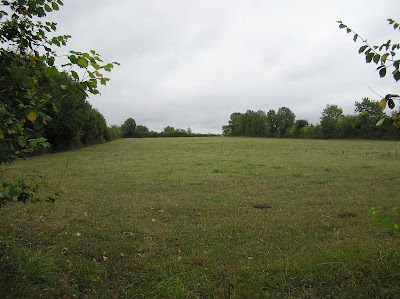 What they didn’t know was that there was a German machine gun nest nearby with a perfect view of the field.  Spencer Wurst tried to cross the field first, and was pinned down by gunfire.  Lemieux and a Massachusetts native named Eli Potty tried to attack the machine gun nest, but died in the attempt.

And you know the rest of the story.

I can’t fathom what the past decade and change would’ve been like had we not come across Lemieux’s grave that summer day.  We’ve met so many wonderful people, and have gone so many wonderful places, that we felt this pre-trip blog was the least we could do for him.  But we also have an ulterior motive for doing it, as well.  Lemieux’s parents and siblings are all dead; his parents and brother died in the 1950s, in fact.  So while Loraine knows a lot about his final three days on this planet, she doesn’t know a lot about the 23 years that preceded it.  She’s been able to gather a few facts from newspapers, but has never been able to get any first-hand accounts of his life before the war.

That’s where this blog comes in.

Almost every single time I’ve written about one of her “guys”, we’ve received an e-mail, often months later, from someone doing a Google search on a long-lost relative or old family friend.  Their search turned up that long-lost relative or old family friend’s name in the blog that I wrote, which resulted in them e-mailing me, me forwarding the e-mail to Loraine, and Loraine then making new friends for life.  It’s happened many times before, and we’re hoping that, sometime in the future, it happens again for Arthur W. Lemieux.

After all, for someone who’s changed our lives so much in the past decade, it’s the least we can do.