4:15 in the morning comes WAAAAAY too soon, especially when you stop to consider that you won’t get home for another 22 hours.

I guess that’s the downside of international travel; it’s not like this is “Star Trek” and you can beam yourself a quarter of the way around the globe.  Nope, you actually have to do some physical travel to get there, and that means getting up early, sitting in several different airports waiting for a few hours to connect flights, and then starting it all over again.  By the time we get back home, we’ll have been in three different countries, gone through security screening three different times, and have traveled through 7 different time zones.

Fun, huh?  But that’s the price you pay for chocolate fresh from the source, I guess.

As I’m typing this, I’m sitting at Heathrow Airport in London.  Or, as I lovingly refer to it, the seething cacophony of humanity.  This place is PACKED with all different kinds of people; whoever said the U.S. is a melting pot has obviously never spent any time at Heathrow.  But that’s one of the great things about traveling outside of your own country—you get to see how other people from around the planet live their lives and go on about their daily business.  I truly think it’s something everyone should do.  If nothing else, it opens your eyes and lets you see the planet you live on from many different perspectives.

And it also allows you to eat their chocolate.

Speaking of which, you should feel how heavy my backpack is right now.  And for as heavy as it is, it’s quite scary that I have only about half of my chocolate in there; the rest of it is packed in a hard plastic container in my luggage.  I have all the soft and valuable stuff with me; I’m taking a chance with the hard bars and the rest of it.

Okay...let’s get away from food and onto a few last things regarding our journey this year.  The first of which is this—

I have a problem.  And I’ll pause here for a moment while those of you who know me say to yourself “Only ONE problem?”  Go ahead...I know you want to!

There.  Feels better, doesn’t it?

Anyway, my problem is this—the last five days of our trip was in German speaking territory.  I don’t speak any German.  So whenever anyone asked me anything in German, and I could kind of figure out what they were asking, I would answer them in my rudimentary French.  I don’t know why; I just did it.  They would then smile, and perhaps chuckle a bit under their breath, before asking me again in English, because if there’s one thing the German people like to do, it’s test out their English on someone who speaks French with an American accent.  Luckily, most of them are quite good at it.  But it’s a problem I must really address next time I’m in Germany—

Don’t answer a German question in French, you idiot!

We also need to send out a big round of thanks to the gentleman we’ve referred to throughout these blogs as Tony the Tour Guide.  Seriously, if you are EVER looking for someone to show you around Western Europe, WWII history or not, Tony is as good as they get.  His real name, by the way is Tony Cisneros, and you get check him out at www.alpventures.com.  We can’t recommend him enough.

Okay...I promised a few final pictures, and here they are.  One last animal picture— 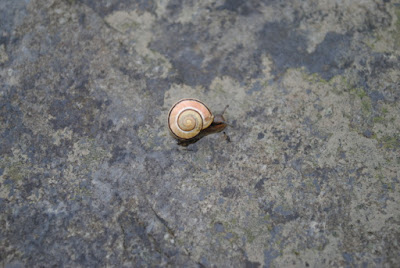 (And as an aside, it’s a good thing I took this picture in Belgium.  If it was France, that snail may have been someone’s dinner!) 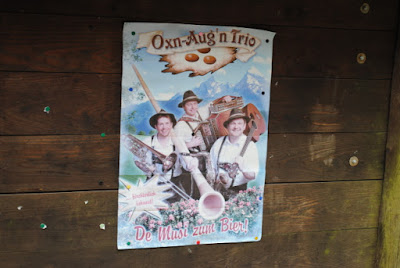 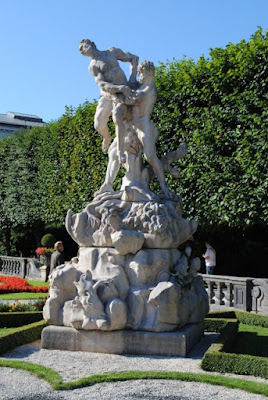 And one last Alpine beauty shot— 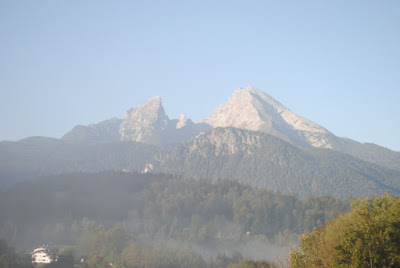 Now if you’re reading this, it means we’ve landed in Chicago okay and are just waiting for our flight back to Marquette.  That pretty much does it for this year; hope you’ll be with us next year if our plans work out and we head back to Normandy!